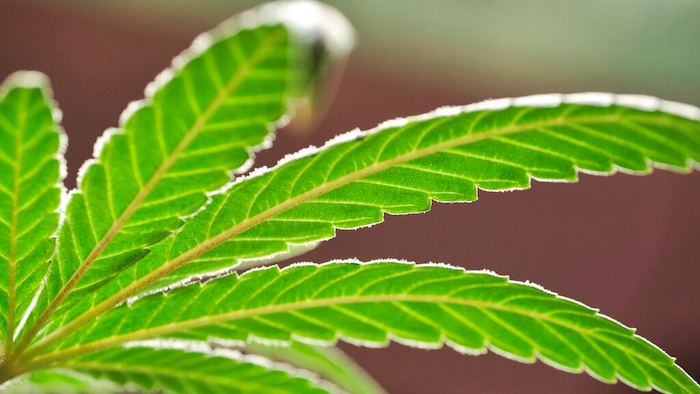 This Monday, May 20, 2019, file photo, shows a marijuana leaf on a plant at a cannabis grow. Louisiana is becoming the first Deep South state to dispense medical marijuana, four years after state lawmakers agreed to give patients access to therapeutic cannabis.
AP Photo/Richard Vogel, File

GB Sciences, one of two state-sanctioned growers, will begin shipping medical marijuana to Louisiana's registered dispensaries Tuesday morning, after state regulators recently completed final tests and cleared it for release. Hundreds of patients in Louisiana have been awaiting the start of the program after years of work by lawmakers, who created the regulatory framework in 2015 for dispensing the cannabis. There also have been regulatory disputes and other hurdles.

State Sen. Fred Mills, a pharmacist in St. Martin Parish who sponsored the medical marijuana law, never thought it would take years for patients to gain access. He said he has repeatedly received "difficult calls" from people with cancer, seizures and other debilitating conditions and their family members asking when cannabis will reach pharmacy shelves.

"The toughest thing has been not being able to give people a definitive timeline that they could make plans for," Mills said.

Nine pharmacies are licensed to dispense medical marijuana across Louisiana. Most are expected to open this week. It joins more than 30 other states that allow medical marijuana in some form. And though marijuana is banned at the federal level, a congressional amendment blocks the Justice Department from interfering with states' medical marijuana programs.

"We're super-excited. The first patient will be getting medical marijuana here," said Randy Mire, owner of Capitol Wellness Solutions in Baton Rouge, one of the nine dispensaries authorized statewide.

Mire said he'll see three patients Tuesday — two cancer patients and a veteran with post-traumatic stress disorder. But he has hundreds more waiting. To avoid a rush at the pharmacy, Capitol Wellness Solutions scheduled appointments for patients to pick up the liquid tinctures that will be the first medical marijuana product available — bottles that come with a dropper for patients to use.

Doug Boudreaux, a pharmacist and co-owner of the Shreveport medical marijuana dispensary Hope Pharmacy, is taking a similar approach, opening Tuesday for patients by appointment only.

"We should have all of the patients taken care of in the next six days," he said. "We've been calling patients for the past week and a half."

Only the Louisiana State University and Southern University agricultural centers are authorized to grow medicinal-grade pot.

Meanwhile, Southern broke ties with the first company it chose to grow marijuana, delaying its efforts. Southern's new grower Ilera Holistic Healthcare planted its first crop two weeks ago and estimates its first product could be available by fall at the earliest.

Under the 2015 law and additional changes passed since then, Louisiana is allowing medical marijuana to treat a long list of diseases and disorders, such as cancer, seizure disorders, epilepsy, glaucoma, post-traumatic stress disorder and Parkinson's disease.

Doctors won't issue a prescription but a "physician recommendation form," a legal nuance aimed at keeping doctors from jeopardizing their medical licenses because federal law prohibits prescribing marijuana. Eighty-eight doctors around the state have been approved for the Louisiana permit required to offer medical-grade pot to patients.

Marijuana can be available in oils, pills, liquids, topical applications and an inhaler, such as that used by asthma patients — but not in a smokeable form.

Pharmacies set their own price for the products, and insurance won't be covering the cost, so patients will have to pay out of pocket. Mire said the cost at his pharmacy will range from $99 to $200 per product.