The amendment sets the cap at 2,500 plants per producer. 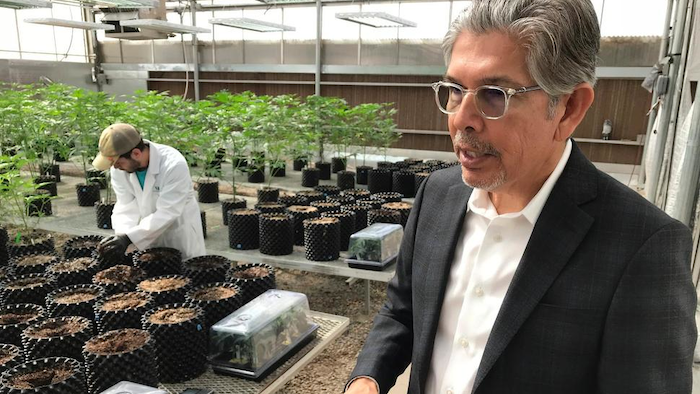 In this April 6, 2018 file photo, Ultra Health president and chief executive officer Duke Rodriguez discusses the medical marijuana industry during a tour of the company's greenhouse in Bernalillo, N.M. Ultra Health and other licensed producers are praising a decision made March 1, 2019 by the New Mexico Department of Health to temporarily raise the cap on the number of plants they can have as the result of a court battle.
AP Photo/Susan Montoya Bryan, File

ALBUQUERQUE, N.M. (AP) — New Mexico's medical marijuana producers have received approval from state regulators to temporarily boost by fivefold the number of plants they are allowed to grow as the result of a legal battle centered on concerns about demand and adequate supplies.

The state health department issued is an emergency rule change last Friday, when a court order invalidating the state's 450-plant limit was set to kick in.

The amendment sets the cap at 2,500 plants per producer at least through Aug. 28. It will be up to the health department to launch a public process over the next six months for crafting a permanent rule that governing how many plants will be allowed.

Without the change, state officials said there would not have been any restrictions in place and producers would have been able to grow an unlimited number of marijuana plants.

"The department has determined regulation of cannabis production is necessary to ensure the health and safety of New Mexico residents," Health Secretary Kathyleen Kunkel said in a letter announcing the amendment. "Further, regulation will help to ensure that our state's citizens may access medical cannabis without fear of interference from the federal government."

The move was praised by patients and producers, who have long voiced concerns about shortages as the number of licensed patients has grown exponentially.

Before the court ruled in November, the health department had not revisited the plant limit since 2014 despite the increase in patients. There are now nearly 70,000 active patients, up 40 percent over the past year.

The lawsuit was brought by the state's largest producer, Ultra Health, and by Nicole Sena, who uses cannabis oil and medical marijuana products to treat her daughter's rare form of epilepsy. Sena has said the treatments called for a significant amount of cannabis material and she was having a hard time finding a licensed producer who could provide enough.

"We look forward to working collaboratively with the state to develop a rule consistent with patient needs by providing meaningful data and research from the experience of accessible medical markets in other states," Rodriguez said in a statement.

Ultra Health plans to boost production at its growing operations to meet the temporary cap of 2,500 plants while the state works on the final rule.

The debate over the cap comes as New Mexico lawmakers consider a host of marijuana-related bills — from proposed legalization of recreational use to changes aimed at making it easier to qualify for the medical pot program.

Patients currently must meet at least one of 21 conditions to qualify for a medical marijuana card.

Of the patients enrolled as of the end of January, slightly more than half of them listed post-traumatic stress disorder as a condition. Other conditions include severe chronic pain and cancer. 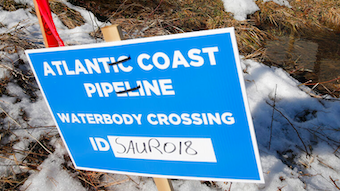