The head of Berlin's Chamber of Commerce said companies in the city would be forced to invest in new fleets at great cost.

Associated Press
In this Feb. 21, 2018 file photo cars jam in Stuttgart, southern Germany. A German court decided Tuesday, Feb. 27, 2018 it would allow a ban on diesel cars in cities to lower air pollution, if enacted.
Marijan Murat/dpa via AP, file

The environmental group that sued to get German cities to ban dirty diesel cars is celebrating a court decision making such bans possible.

The head of Environmental Action Germany said Tuesday it was "a great day for clean air in Germany."

Chancellor Angela Merkel says she hopes that measures to reduce air pollution in German cities will have an effect soon.

Merkel said the government would examine the verdict and meet with cities to discuss which measures to take.

But she said that many cities only just exceed the legal threshold and "we may be able to meet the limits very soon."

Merkel insisted that the ruling wouldn't affect all diesel car owners in the country.

Berlin's Chamber of Commerce says a ban on diesel cars in the city's downtown could cost firms in the German capital 240 million euros ($295 million) alone to replace their fleets.

Otherwise he says Berlin companies would be forced to invest in new fleets at great cost.

Eder says "about half of the companies would then have to restrict or even give up their businesses." 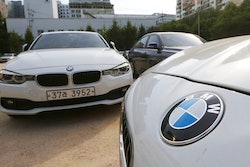 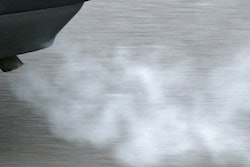 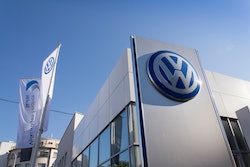