Automakers asked EPA Administrator Scott Pruitt to discard a decision that requires new cars to average a real-world figure of 36 miles per gallon by 2025.

WASHINGTON (AP) — The Trump administration is moving to roll back federal fuel-economy requirements that would have forced automakers to increase significantly the efficiency of new cars and trucks, a key part of former President Barack Obama's strategy to combat global warming.

The Environmental Protection Agency is close to an announcement reversing a decision made in the waning days of the Obama administration to lock in strict gas mileage requirements for cars and light trucks through 2025.

Automakers asked EPA Administrator Scott Pruitt to discard a Jan. 13 decision that requires the fleet of new cars to average a real-world figure of 36 miles per gallon.

The automakers said the Obama rules could add thousands of dollars to the price of new cars and cost more than a million jobs.

Lawmakers, industry groups and environmentalists say the administration has signaled it plans to take this step. An announcement could come as early as this week, although changes in the standards could take years to fully implement.

A decision to review the Obama rule sets up a potential legal battle with California and other states that have adopted tough tailpipe standards for drivers. California has received a waiver allowing the state to enforce its standards, which have also been adopted by 12 other states, including New York and Massachusetts.

The White House and the EPA declined to comment.

"Attacking the California waiver is a recipe for chaos," said Sen. Edward Markey, D-Mass., who has pushed for higher fuel standards. California and other states that have adopted its standard will almost certainly file a legal challenge if pushed by the EPA, Markey and other lawmakers said.

Sen. Kamala Harris, D-Calif., called her state "a model for the country" on environmental standards and said she strongly opposes any attempt to "roll back the progress we've made. That's counterproductive and could absolutely be harmful to the health and well-being of the residents of our state and the people of our nation."

The Alliance of Automobile Manufacturers, which represents a dozen major car manufacturers, including General Motors, Ford and Toyota, declined to comment.

But in a Feb. 21 letter to Pruitt, the group said the EPA's Jan. 13 decision on fuel economy "may be the single most important decision that EPA has made in recent history." The alliance urged Pruitt to reconsider the plan, which it said could "depress an industry that can ill-afford spiraling regulatory costs."

The automakers estimated they would have to spend a "staggering" $200 billion between 2012 and 2025 to comply with the tailpipe emissions rule — far more than industry would spend under the Clean Power Plan, Obama's signature effort to reduce carbon pollution from coal-fired power plants. Trump is also expected to roll back the power-plant rule in coming days.

Markey and other Democratic senators criticized the EPA emissions review before it has even been issued.

"President Trump is waging a war on the environment, and he wants EPA Administrator Scott Pruitt to make our strong fuel economy emissions standards his latest victim," Markey said at a news conference Tuesday.

Trump and Pruitt "want to pump the brakes on fuel efficiency standards, throw us into reverse and recklessly roll back down the road we just came from," said Sen. Jeff Merkley, D-Ore. "It's bad for our economy, it's bad for the environment and it's bad for middle-class families."

The fuel-economy regulations for model years 2017-2025 were imposed in 2012 as one of Obama's major initiatives to reduce global warming.

Seven days before Obama left office, the EPA decided to keep the requirements for model years 2022 to 2025 after completing a legally required review. The standards are flexible and automakers can meet them with existing technology, the agency said, adding that its review was thorough.

But the industry contends the decision was rushed to beat the change in administrations, noting that the original timeline called for a review by early 2018. Trump, a billionaire businessman who has vowed to roll back a host of regulations, is considered to be more favorable to the industry than Obama.

The trade groups said the January rule did not account for cheaper gasoline that has helped fuel consumers' love for gas-guzzling trucks and SUVs over more efficient cars. When the standards were conceived in 2012, gas was $3.60 per gallon, compared with around $2.30 currently. In 2012, more than half the new vehicles sold in the U.S. were cars. Now, six of every 10 are trucks or SUVs, making the average fuel-economy figure more difficult to achieve.

As a practical matter, experts on both sides say it could take years for the Trump administration to change the standards, if it decides to. The EPA would have to produce data showing the change was justified and overcome an almost certain legal challenge from states and environmental groups. 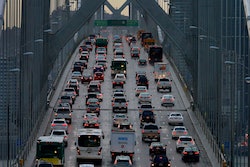 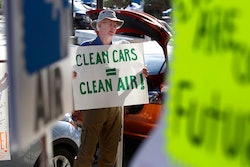 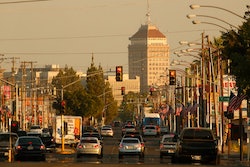