What do Trump's executive actions mean? And what do developers say?

BISMARCK, N.D. (AP) — President Donald Trump's executive actions on the Dakota Access and Keystone XL pipelines are aimed at turning the much-protested pipelines into reality. Here's a look at what may be next for the two pipelines:

The $3.8 billion Dakota Access pipeline to carry North Dakota oil through South Dakota and Iowa to a shipping point in Illinois is nearly complete, except for a stretch underneath Lake Oahe, a Missouri River reservoir in southern North Dakota. Construction is stalled due to a court fight between developer Energy Transfer Partners and the Army Corps of Engineers over permission for the pipeline to cross under the lake amid objections from the Standing Rock Sioux tribe, which gets its drinking water from the lake.

The $8 billion Keystone XL project was to bring oil from Canada's oil sands to Nebraska, where it would join other lines already leading to refineries along the Gulf Coast. Former President Barack Obama halted it in late 2015, declaring it would undercut U.S. efforts to clinch a global climate change deal that was a centerpiece of his environmental agenda.

What the Orders Mean

Trump's move on Dakota Access didn't immediately clear the way for construction to resume, but it did order the Corps to quickly consider whether to approve the Lake Oahe crossing.

Tribal attorney Jan Hasselman said what happens next will depend on how the Corps interprets the language. He said the tribe will fight in court any reversal of the Corps' recent decision to conduct a full environmental study of the crossing — a process that could take up to two years.

Not completing a study "would be a gross violation of the tribe's treaty rights," he said.

Trump's nominee for Army secretary hasn't yet been confirmed. But U.S. Rep. Kevin Cramer, a North Dakota Republican who has advised Trump on energy issues, said he doesn't think that needs to happen for the Army to consider Trump's message.

Opposition to Dakota Access resulted in hundreds and sometimes thousands of people camping on federal land along the pipeline route in North Dakota. The area since August has been the site of numerous, sometimes violent clashes between protesters and police, with nearly 625 arrests.

The camp has dwindled to fewer than 300 people after the Tribal Council recently told protesters to leave due to harsh winter weather and the need to get the area cleaned up before spring flooding.

Trump's action could re-ignite protests, but "to what degree, we don't know," said Dallas Goldtooth of the Indigenous Environmental Network, which had been one of the main camp organizers before heeding the tribe's call to leave last month. That group and other organizers have since called on Dakota Access opponents to spread out around the country rather than concentrate in southern North Dakota.

Aaron Dorn, 32, from Utica, New York, said he has no plans to leave the camp.

"I'm glad Trump got elected — it wakes people up to government-controlled capitalism," he said.

Keystone XL sparked several big protests across the country, including some at the White House that ended with hundreds of arrests, as well as an encampment on South Dakota's Rosebud Reservation that lasted for several months in 2014.

Jane Kleeb, founder and president of the Nebraska-based Bold Alliance, which fought Keystone XL, said the renewed fight to stop Keystone XL will take place on several fronts. The route still needs approval from the Nebraska Public Service Commission, which she said normally takes eight months to a year. Keystone's developers can't use eminent domain to acquire the land they need until the PSC approves the route, she said, and affected farmers and ranchers have already dug in against it. She said that will mean more fights in court — and more protests on the land.

"You'll see tepees, you'll see tractors," Kleeb said. "You'll see lots of people who are directly at risk, then all of our allies who support us. ... Now everybody's awareness level is a hundred times more because of Dakota Access."

What Do the Developers Say?

Dakota Access developer Energy Transfer Partners didn't immediately respond to a request for comment on Trump's action. But a recent court filing indicates the company is ready to drill under Lake Oahe if it gets permission from the Corps. The company has entry and exit holes drilled on either side and has already put oil in the pipeline leading up to the lake in anticipation of finishing the project.

Keystone XL developer TransCanada said it will take up Trump on his invitation to reapply for a permit. 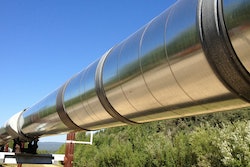 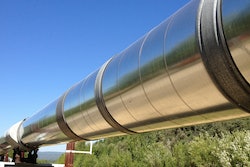 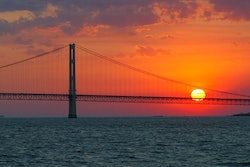