From package delivery drones to bomb-sniffing dogs, a bill approved by the Senate on Tuesday makes extensive changes to aviation safety, security and consumer programs and policies. 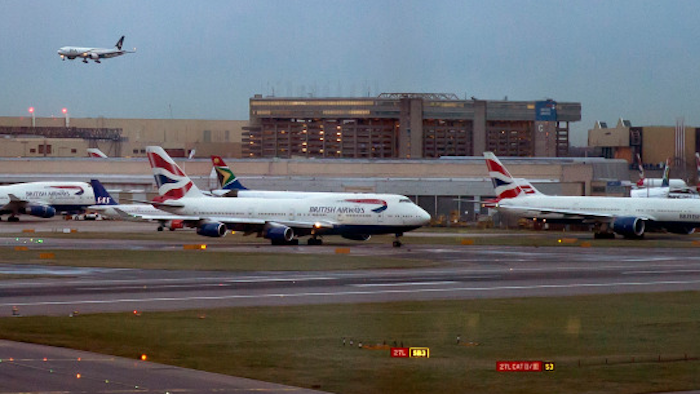 In this 2014 file photo, aircraft wait on the tarmac at Heathrow Airport in London. A collision between a British Airways passenger jet and a drone left the plane undamaged, but the aviation industry shaken. British police and air-accident authorities are investigating the incident.
AP Photo/Vadim Ghirda

WASHINGTON (AP) — From package delivery drones to bomb-sniffing dogs, a bill approved by the Senate on Tuesday makes extensive changes to aviation safety, security and consumer programs and policies. It would:

The fees were authorized in a new law at the center of a $60 million federal bribery probe.
Sep 24th, 2020

Calling for a “green revolution,” China's president said the pandemic had shown the need to preserve the environment.
Sep 23rd, 2020

A second round will cut the list of candidates from five to two sometime in October.
Sep 18th, 2020
Follow Us
Most Recent