It rides on a cushion of air. Also, a finger dummy improves machine safety, and an android child eerily mimics human expressions.

Update: VonMercier has released test footage of the Arosa hovercraft in action.

In the manufacturing industry, lockout/tagout is crucial to the safety of employees. We have seen several amputations, lacerations and other injuries that could have been avoided had proper protocol been in place and followed. But how do we get ahead of it?

Panasonic, in partnership with Toyota Motor, has developed the "finger dummy," a new evaluation tool to keep fingers safe and hands whole.

The Laceration Evaluation Finger Dummy was officially launched in October 2021 and commercialized through Tanac. Panasonic and Toyota outsourced the manufacturing and sales to speed time to market. The companies expect the dummy to be popular, particularly in manufacturing, where they expect to see a rise in automation, especially in collaborative robots (cobots).

The fake finger has a simple design: an ABS resin handle with a stainless steel core to mimic bone, surrounded by a replaceable, proprietary soft material that mimics skin.

Part of the reasoning behind the product's development is the increasing reliance on automation. Although Panasonic is a bit more cryptic about it, saying, "The use of robots is expanding in the industrial world due to labor shortages brought on by the declining birthrate and aging population."

The joint development started in 2018 focused on improving finger safety on the shop floor.

The faux finger is based on in-house Panasonic technology used for evaluating safety when using its products. It was developed based on experiments performed on pig skin, which is similar to human skin.

They took Panasonic's tech, used Toyota's manufacturing know-how and made a finger dummy they hope will be used to verify, improve and validate safety conditions on the manufacturing floor.

Using it is pretty straightforward; you stick the fake finger between machine surfaces and see what happens.

Well, given the aforementioned low birth rates, how about android kids?

Researchers from the RIKEN Guardian Robot Project in Japan have created Nikola, an android child that conveys basic human emotions. Unlike the Russian outfit trying to buy your face, Nikola has rather convincing, or at least more accurate, expressions. It can show anger, disgust, fear, happiness, sadness and surprise. Though happiness looks more like unease, and anger is just terrifying. Does he look meaner because he's bald?

While Nikola can express emotion, one remaining pitfall between human/machine harmony is getting AI to properly detect human emotions and respond adequately. But that's a challenge for another day.

Nikola's face has 29 pneumatic actuators that control the artificial muscles. An additional six actuators control head and eyeball movement. All of the actuators are controlled by air, making the movements smoother and more human.

The emotions were verified not just by facial movement experts but everyday people. The test wasn't perfect, but the researchers believe that's because Nikola's silicone skin doesn't wrinkle like a human boy's skin.

Nikola is still just a head, but the Guardian Robot Project hopes to build an entire android that can one day help in healthcare applications, particularly the elderly or those who need assistance at home.

I get that everything these days needs to be Tesla-adjacent, but how did they not name this thing David? Missed opportunity. Also, families will be raising these things in 10 years, right?

VonMercier has created an electric sports hovercraft, and it all started with the imagination of a child.

Michael Mercier started his company driven to bring imagined vehicles to life. As a kid, he envisioned a better hovercraft. He pursued a career in mechanical engineering and product development, which helped him design, build and prototype the Arosa. And now he plans to bring it to market.

The Arosa uses air cushion hovering — riding on a cushion of air. Essentially, it's flying about eight inches above the surface. The air cushion is suspended inside a flexible reinforced fabric skirt that helps compensate for changes in terrain and provides clearance over obstacles.

The hovercraft is maneuverable, using a patented directional control system that moves forward, laterally and in reverse. The steering wheel governs the thrust fans for maneuverability. So, no brakes, but reverse thrust. According to Mercier, it's easy to stop and start.

The futuristic design seats two in a cockpit, tandem style in an open-air cabin, and it can carry a 400-pound payload.

The body is made of carbon fiber and metal alloys, and the craft has an electric powertrain with a high voltage battery pack powering three independent electric motors.

The company has a gallery with many photos but no video. The team is currently working on a video of it in action that we should hopefully see within the next two weeks.

I don't know the rules for hovercraft, but apparently, you register the Arosa as a boat. It's possible that it could one day be street legal. It tops out at 50 mph on water, with a cruising speed of 30 mph, and the company says it can stand up to a little chop while on the water.

The company recently bought a warehouse on the Chesapeake Bay in Maryland, which will serve as the assembly and production facility as well as an eventual showroom.

The prototype has been tested indoors and on the water, land and snow. And while the prototype is red, the production model will be blue. 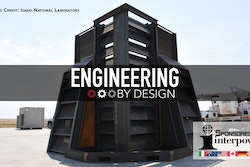 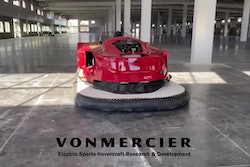 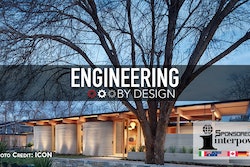