They want to buy your face. Also, a shaky eVTOL test flight, and a Fitbit for your face.

Another day, another electric vertical takeoff and landing (eVTOL) aircraft, but this one is the futuristic-looking Volar from Bellwether Industries, and it's already in the air.

This week, the U.K.-based company released footage of its first free-flight test in Dubai. The Volar looks pretty, but the liftoff was a little shaky. The craft only reached about 20 feet above the ground during the trial. Still, after two years of iterations, a prototype flew, and Bellwether hopes it will find a place in an urban air mobility future. The eVTOL has a hidden propulsion system and a small footprint that appears designed for a single passenger. Other details are scarce.

Bellwether was founded in January 2019. However, some team members have been working together since 2014, when they designed the Gazelle, a Volar's hovercraft predecessor.

Volar is designed to be a private aircraft, unlike other concepts hoping to cash in with a fleet of air taxis. The company predicts that people will be commuting via UAM within 10 years.

The company is currently looking to hire a few more engineers. It's also seeking like-minded investors, because the prototype looks pretty, but it also looks expensive.

Fitbit for Your Face

Engineers from Northwestern University have developed a way to take an ordinary face mask and outfit it with a smart monitoring device that works like a Fitbit for your face. They call it: FaceBit.

The sensor is lightweight and about the size of a quarter. It uses magnets to attach to any N95, cloth or surgical face mask.

Among the many arguments that have divided families and severed friendships, mask efficacy is a particularly hot topic. Not only will FaceBit tell you if your mask fits your face, but it also relays your respiration rate, heart rate and the amount of time that you've worn the mask. In addition, a smartphone app dashboard provides health monitoring in real-time, and it can also tell you if your mask is leaking or otherwise faulty.

While it is battery-powered, it has an energy-harvesting design that uses the force and heat from your breath, as well as the sun, to extend the battery's life between charges.

In a recent study, the researchers found that FaceBit was not only accurate, but the battery lasted more than 11 days between charges. Initially, the design targets medical professionals who undergo periodic N95 fit tests. These tests take 20 minutes, and a person wears a mask under a hood filled with flavored mist. The test determines whether or not the mask is leaking (if you can taste the flavor too quickly, that's bad).

This should solve all the issues with face mask effectiveness, right? Right?

Last year, Promobot came out with a unique request. The company was offering $200,000 for the rights to your face.

The company's Humanoid Project was looking for a face to be used on humanoid robot assistants. Think about it: your face could forever be used in hotels, shopping malls, Westworld and other crowded places. By signing over the rights to your face, Promobot would own it forever. The other condition? It also had to be a kind and friendly face. So, likely no knife fight scars or jailhouse tattoos.

You would think that people might be hesitant to sign over the rights to their face, particularly to a Russian company. But Promobot had to suspend application submissions after more than 20,000 people proved eager to forever serve fries and check people into hotels -- robotics seem like the only solution to the labor crisis in low-wage jobs.

Promobot did provide one example of a man who made the leap, and well, let's just say that the likeness is close but not identical.

The company says it will take about 12 months to decide on the winning face or faces. After that, Promobot will make a 3D model of the winning face and record 100 hours of speech for the hyper-realistic robot's voice. These are complex robots with eight degrees of freedom in the hands and 29 active face servos to create 600 different facial expressions.

If you're upset that you didn't have a chance to apply, the company promises more opportunities in future projects. 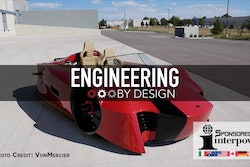 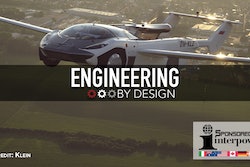 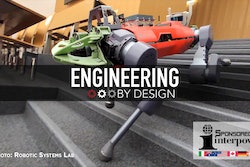