A children's hospital will be the first of many microgrid installations that will use renewable energy to help bring power back to the U.S. territory.

Yesterday, Tesla took to twitter to announce that Hospital del Niño children's hospital will be the company's first solar and energy storage project to go live.

Earlier this month, big tech companies rolled out plans to aid in the reconstruction effort after Hurricane Maria rendered left Puerto Rico in ruins. Cisco, Microsoft and Facebook sent tactical teams of engineers to work with the local government to set up a communications network, which is crucial for ongoing rescue and reconstruction efforts.

Tesla CEO Elon Musk gained the attention of Puerto Rico's Governor Ricardo Rossello when he said that his company's solar and battery systems could be used to restore power to the devastated island. The Governor tweeted, "Let's talk."

Well, it looks like conversations were fruitful as the children's hospital in San Juan will be the "first of many" microgrid installations that will use renewable energy to help bring power back to Puerto Rico. About 85% of the island still doesn't have power.

According to a report in the Business Insider, very few hospitals have reliable electricity, and it could be six months before the legacy grid is restored. Tesla's microgrids may be a solution not just in the interim, but for the island switching to renewable energy solutions going forward.

In the photos released by Tesla, you can see that the company has already started building the solar array near the hospital, and the company's Powerpack batteries have also been delivered to the site.

Let's hope it starts providing power to the hospital, as well as other sites on the island, soon. 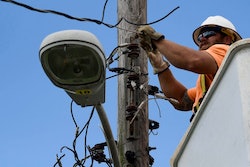 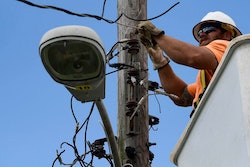