Michael Weissenstein
In this May 16, 2018 photo, a worker from the Cobra Energy Company, contracted by the Army Corps of Engineers, installs power lines in the Barrio Martorel area of Yabucoa, a town where many continue without power in Puerto Rico. A group of Corps officials plans to remain in Puerto Rico for several weeks to demobilize contractors and hand logistic operations back to FEMA and PREPA.
AP Photo/Carlos Giusti

YABUCOA, Puerto Rico (AP) — The Army Corps of Engineers is ending its work to rebuild Puerto Rico's electric grid, despite residents' fears that the island's government won't be able to restore power on its own to more than 16,000 people who remain blacked out eight months after Hurricane Maria.

The federal agency will keep operating more than 700 generators on the island, including three "mega generators" supplementing Puerto Rico's aging and storm-damaged power plants. But on Friday the restoration of thousands of miles of downed power lines will be handed back to the U.S. territory's bankrupt public utility, the Puerto Rico Electric Power Authority, or PREPA.

The Corps took over power restoration efforts in Puerto Rico on Sept. 30 after PREPA failed to call in mainland utility companies under a disaster response plan known as mutual aid, in which power companies from around the U.S. send staff to help stricken areas.

Puerto Rican officials said 98.86 percent of PREPA's customers had electricity Thursday, but 16,723 remained without power as the longest blackout in U.S. history continued.

Trump administration officials say a big federal presence is no longer needed to hook up the relatively few remaining connections in the often-remote areas where people are still without power. But many people on and off the island are dissatisfied by the decision to pull out the Corps without Puerto Rico's power fully restored.

"It's not in our culture to walk away from a mission when it hasn't been fully accomplished, but we follow orders," Charles Alexander, the Corps' director for contingency operations, told the Senate Energy and Natural Resources Committee at a May 8 hearing.

The Corps has operated under the orders of the Federal Emergency Management Agency, which says it has deferred to Gov. Ricardo Rossello's requests on the extent and duration of federal assistance to Puerto Rico. FEMA on Thursday indefinitely extended the Corps' power generation mission but did not extend the grid repair work because Rossello did not request that.

Most of those still without power live in the town of Yabucoa, which was the first place in Puerto Rico struck by Hurricane Maria on Sept. 20.

Alberto Rodriguez, a 65-year-old retiree, has solar panels and a diesel generator supplying power to the house where he takes care of his wife, who is confined to bed after suffering a stroke a month after the hurricane.

"I'm very worried because we are still without power. We've been using these generators for so long, at any moment they might fail," he said. "I don't think they should leave before completing the work because there are people here still waiting for electricity."

The Corps of Engineers has received more than $2 billion to restore power to Puerto Rico, overseeing more than 1,200 personnel on the ground and more than 1,000 contractors, with more than 650 of them working directly on distribution and transmission lines. Contractors included Fluor Corp., an Irving, Texas company that obtained two contracts worth a total of $1.3 billion.

Corps contractors planned to work in the northern cities of Arecibo, Bayamon and Caguas and the southern city of Ponce through the end of Friday. A group of Corps officials plans to remain in Puerto Rico for several weeks to demobilize contractors and hand logistic operations back to FEMA and PREPA.

Besides the residents of Yabucoa, hundreds of people don't have power in the central town of Comerio, where Mayor Jose A. Santiago said many feel they have been forgotten.

"They feel that there is no reason why they've been left for last," he said. "What is painful is not the amount of people without electricity. It is the time that these people have been without power and we don't see an articulate plan from the government, nobody seems to be worried with this.

"It is so uncertain and so much suffering because, in that darkness, there is terrible sadness." 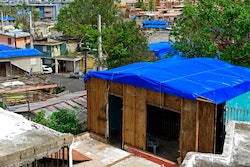 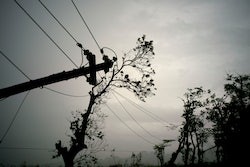 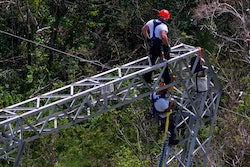