The company already sunk $120 million in the now abandoned facility.

Back in April 2016, hot new electric car startup Faraday Future announced plans to build a $1 billion manufacturing facility in Las Vegas that would employ about 4,500 people.

Nevada offered the company up $335 million worth of incentives, and the hope was to see the cars rolling off the assembly line by 2018. However, things did not go as planned for the company and now Faraday's once bright future seems to be quickly dimming.

By October, the company was missing multimillion dollar payments to it primary contractor and in November the company suspended all work at the site, calling it a "temporary work stop."

Things turned around early this year, at least from a PR perspective, when the company rolled out a 1,050-horsepower FF 91 that had a range of 378 miles. A couple of weeks later, another contractor came after the company for nearly $2 million and less than a week later it was reported that the company was scaling back it's 3 million square foot facility by nearly 80%, and cutting back from producing 7 cars down to two.

Now, the company has scrapped the plant entirely. In what is being called a shift in business strategy, the company will look for an existing facility to produce it's vehicles. And the company might not even stay in Nevada, the CA-based company is also looking for facilities in their home state. 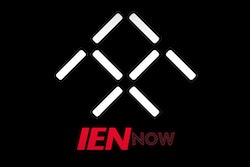 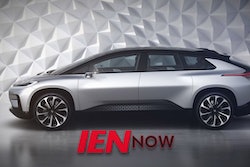