Elio Motors has been developing a three-wheeled concept car offering 84 MPG and a sub-$8,000 pricetag. But will it ever be made?

This week has been a tough one for automakers in general, with Ford, GM and Toyota all announcing monthly declines in new car sales – the first time that’s happened since 2009.

Well, here’s something to make them feel a little bit better – if, in fact, schadenfreude does that.

Does everybody remember Elio? Self described as the next big thing in transportation, Elio Motors has been developing a three-wheeled concept car designed to be the ultimate commuter vehicle. The product was to be American-made, offer 84 miles to the gallon and retail under $8,000 new. Founder Paul Elio was concerned about soaring vehicle costs and spiking fuel prices, and wanted to provide something in a class of its own.

Well, Elio has had a fairly rocky time getting to production and the industry spoke seriously of the company’s demise when, in January, it reported having a mere hundred grand in the bank. Oh yeah, a hundred grand AND a $123 million deficit. Well, in a new filing with the SEC, Elio says it has plans for production to kick off – finally – in 2018, but it needs a little cash first: an estimated $376 million to be exact.

And while Elio furloughed much of its workforce in January, the company now says its focus is on raising capital and, once it’s done that, will resume engineering, manufacturing, and sales and marketing efforts.

What’s interesting is that Elio long touted its competitive advantage as being nimble and small, citing most major auto manufacturers legacy costs – like pension obligations – and massive overhead that would make it difficult for them to compete with the Elio price point. It seems that advantage becomes muddier the more debt the company takes on, and now they’re facing $7.5 million in penalties, according to local Shreveport news station KTBS, for failing to create 1,500 jobs they promised the community when they set up shop in a former GM plant. 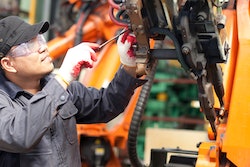 Is Tesla Engaging in ‘Risky’ Behavior?