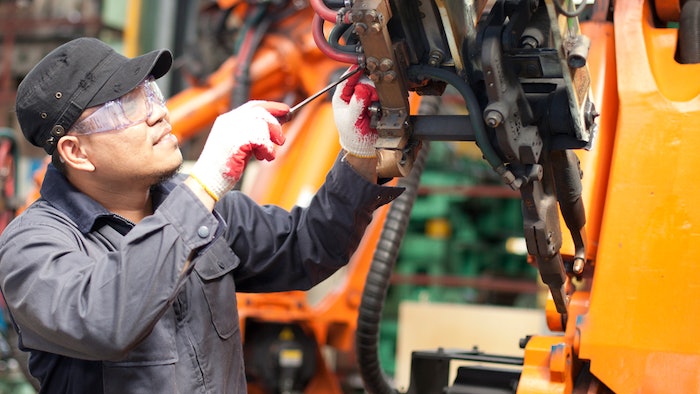 April's hiring is down from a revised 255,000 in the previous month, ADP said Wednesday . The figure is the lowest in six months and comes after three strong gains in ADP's data.

Yet the ADP figure covers only businesses and doesn't include government payrolls. It often diverges from official data. Last month, the government said employers added only 98,000 jobs, far below the robust hiring in ADP's report.

The report comes after other recent signs the economy has slowed. Growth was just 0.7 percent at an annual rate in the first quarter, and auto sales slumped last month.

Most of the hiring was in services businesses, such as health care, restaurants, hotels, and shipping. Manufacturing added 11,000 jobs, a modest gain, while construction firms cut 2,000 positions. Construction hiring accelerated in the first two months of the year, when the weather was warmer than usual, and has leveled off since then.

ADP's report is in line with economists' forecast for the government's jobs report, which will be released Friday. That report will likely show that employers added 185,000 jobs in April, and the unemployment rate rose to 4.6 percent from 4.5 percent, economists predict.

While hiring fell to a six-month low, most economists weren't concerned. Paul Ashworth, an economist at Capital Economics, a consulting firm, said April's job gains are enough to lower the unemployment rate over time.