They are said to have illegally agreed among themselves to limit the roll-out of the technology. 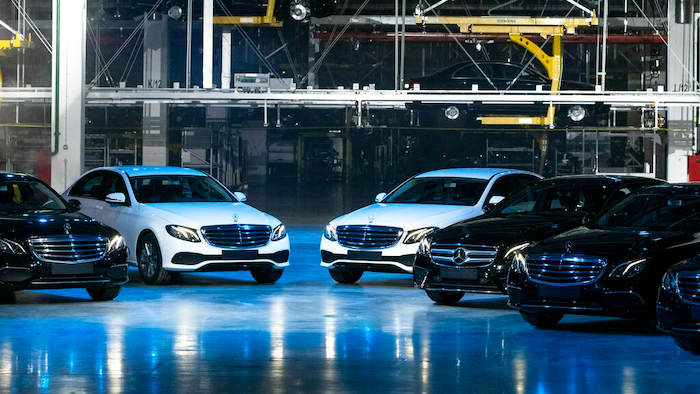 The EU antitrust regulator said that after an in-depth investigation, it found the companies broke EU laws from 2006 to 2014 by illegally agreeing among themselves to limit the roll-out of the technology, which helps clean the exhaust emissions from both gasoline and diesel passenger cars.

The alleged actions would have limited Europeans' options for less polluting cars, but not their price. The probe is separate from other legal procedures against carmakers for allegedly breaching environmental laws.

Emissions have become a big topic for carmakers as authorities try to meet climate change goals and after Volkswagen admitted in 2015 that it cheated on car emissions tests.

EU authorities raided the offices of the three companies in October 2017 and opened their investigation in September last year. At the time, Daimler, Volkswagen and BMW all said they were cooperating with the EU Commission.

The EU noted that its preliminary findings do not prejudge the final outcome of the investigation.

A group of manufacturing industry leaders are on tap to present.
Oct 18th, 2021

Lucy’s $981 million mission is the first to aim for Jupiter’s so-called Trojan entourage.
Oct 18th, 2021
Follow Us
Most Recent