The driver slammed her Tesla into a stopped firetruck at a red light earlier this year. 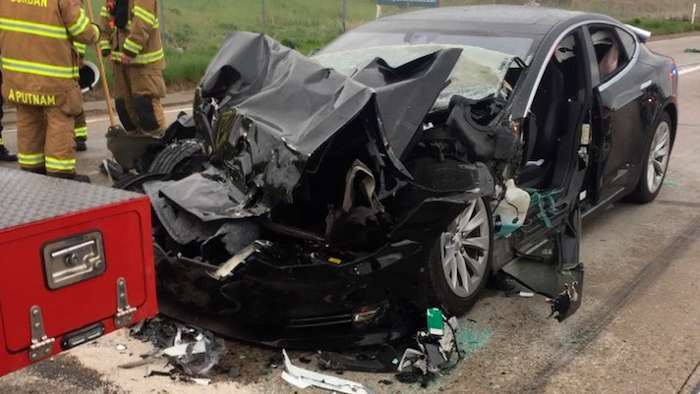 In this May 11, 2018, file photo, released by the South Jordan Police Department shows a traffic collision involving a Tesla Model S sedan with a fire department mechanic truck stopped at a red light in South Jordan, Utah. Heather Lommatzsch, the Utah driver who slammed her Tesla into the stopped firetruck at a red light while using the vehicle's semi-autonomous function, is suing the company.
South Jordan Police Department via AP, File

SALT LAKE CITY (AP) — A Utah driver who slammed her Tesla into a stopped firetruck at a red light earlier this year while using the vehicle's semi-autonomous function has sued the company, saying salespeople told her the car would stop on its own in Autopilot mode if something was in its path.

Heather Lommatzsch claimed in the lawsuit filed Tuesday that Tesla salespeople told her in 2016 when she purchased the Model S that she could just touch the steering wheel occasionally while using the Autopilot mode. Lommatzsch, 29, said she tried to brake when she saw the stopped cars, but that the car's brakes did not work.

The accident happened May 11 in the Salt Lake City suburb of South Jordan. Lommatzsch broke her foot and was charged with a misdemeanor traffic citation for failure to keep a proper lookout. The firetruck's driver suffered injuries but was not hospitalized.

Tesla spokesman Dave Arnold said in a statement about the lawsuit that the company "has always been clear that Autopilot doesn't make the car impervious to all accidents."

"When using Autopilot, drivers are continuously reminded of their responsibility to keep their hands on the wheel and maintain control of the vehicle at all times," Arnold said.

Data taken from her car showed it picked up speed for 3.5 seconds before crashing into the firetruck, the report said. The driver then manually hit the brakes a fraction of a second before the impact.

Police suggested that the car was following another vehicle and dropped its speed to 55 mph (89 kph) to match the leading vehicle. They say the leading vehicle then likely changed lanes and the Tesla automatically sped up to its preset speed of 60 mph (97 kph) without noticing the stopped cars ahead.

Lommatzsch claimed she has suffered serious physical injuries that have deprived her of being able to enjoy life and led to substantial medical bills. She is seeking at least $300,000 in damages. 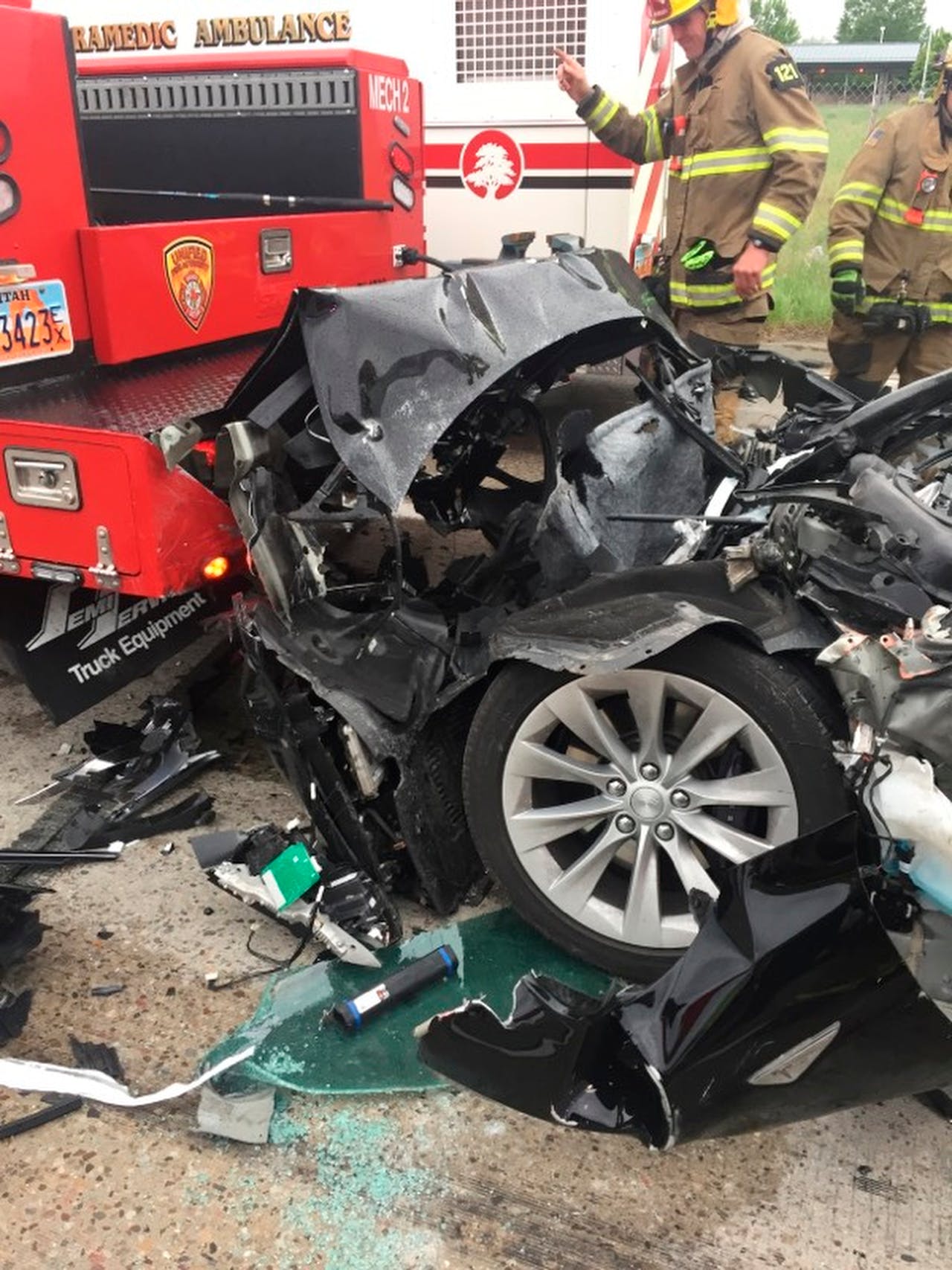 In this May 11, 2018, file photo, released by the South Jordan Police Department shows a traffic collision involving a Tesla Model S sedan with a fire department mechanic truck stopped at a red light in South Jordan, Utah. Heather Lommatzsch, the Utah driver who slammed her Tesla into the stopped firetruck at a red light while using the vehicle's semi-autonomous function, is suing the company.South Jordan Police Department via AP, File

The Utah crash is one of several Tesla accidents that have brought scrutiny to its Autopilot, the company's semi-autonomous system designed to keep a vehicle centered in its lane at a set distance from cars in front of it. The system also can also guide the cars to change lanes automatically.

All Teslas are equipped with automatic emergency braking, which Tesla says will detect objects and brake to help avoid or lessen impact of crashes. Tesla warns drivers to pay attention and not to rely on the system entirely.

The agency found that a Tesla Model S electric car that crashed and burned last month in Florida, killing two teenagers, was traveling 116 mph (187 kph) three seconds before impact and only slowed to 86 mpg (138 kph) as the air bags were inflated.

The agency said that a Tesla Model X SUV using Autopilot accelerated just before crashing into a California freeway barrier in March, killing its driver.

A study released in August by the Insurance Institute for Highway Safety found that cars and trucks with electronic driver-assist systems may not see stopped vehicles and could even steer a driver into a crash if the driver is not paying attention. The paper, titled "Reality Check," issued the warning after testing five of the systems from Tesla, Mercedes, BMW and Volvo on a track and public roads. The upshot is while they could save your life, the systems can fail under many circumstances.