He has already received nearly 400 orders. 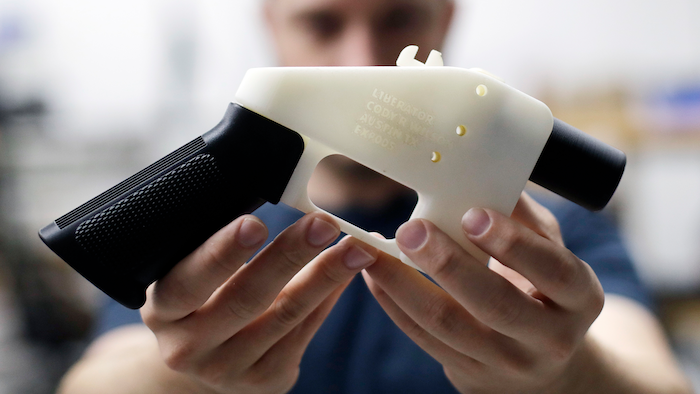 In this Aug. 1, 2018, file photo, Cody Wilson, with Defense Distributed, holds a 3D-printed gun called the Liberator at his shop in Austin, Texas. A federal judge in Seattle has granted an injunction that prohibits the Trump administration from allowing a Texas company to post 3D gun-making plans online.
AP Photo/Eric Gay, file

AUSTIN, Texas (AP) — The owner of a Texas company that makes untraceable 3D-printed guns said Tuesday that he has begun selling the blueprints through his website to anyone who wants to make one, after a federal court order barred him from posting the plans online.

Cody Wilson said at a news conference that he started selling the plans Tuesday morning and that he had already received nearly 400 orders. He said he'll sell the plans for as little as a penny to anyone in the U.S. who wants them.

"Anyone who wants to get these files is going to get them," Wilson said, noting he can only sell to U.S. customers. "They can name their own price." 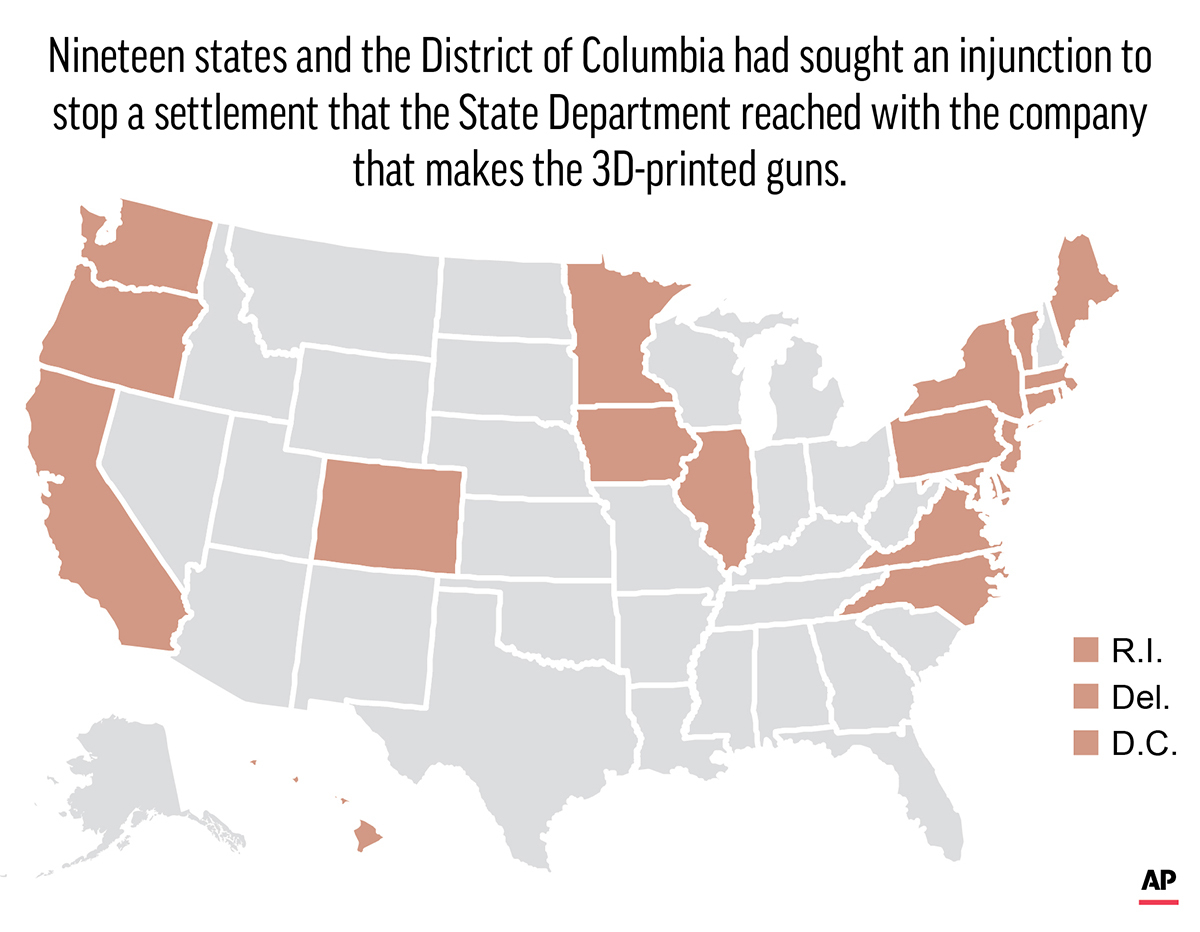 Wilson said that blueprints purchased through his company's website could be downloaded on a thumb drive and shipped to buyers by standard mail, sent by email or sent by some other secure download transfer. Some of his first sales included purchases made with crypto currency, he said.

Nineteen states and the District of Columbia had sought an injunction to stop a settlement that the State Department reached with Wilson's Austin-based company, Defense Distributed, after the agency removed the 3D gun-making plans from a list of weapons or technical data that are not allowed to be exported. The states argued that online access to the undetectable plastic guns would pose a security risk and could be acquired by felons or terrorists.

On Monday, U.S. District Judge Robert Lasnik in Seattle blocked Defense Distributed from posting the blueprints online, saying, "It is the untraceable and undetectable nature of these small firearms that poses a unique danger."

But Wilson said the ruling still allows him to sell the blueprints even if he can't post them online for free, widespread distribution.

"Regulation under the (law) means that the files cannot be uploaded to the internet, but they can be emailed, mailed, securely transmitted, or otherwise published within the United States," the ruling said on its final page.

"I'm following yesterday's orders that direct me to sell the files," Wilson said. "The judge was very gracious to put that in black lettering."

"Because of our lawsuit, it is once again illegal to post downloadable gun files to the internet. I trust the federal government will hold Cody Wilson, a self-described 'crypto-anarchist,' accountable to that law," Ferguson said. "If they don't, President Trump will be responsible for anyone who is hurt or killed as a result of these weapons."

Wilson said he anticipates that states may try to sue to stop him from selling the plans, but that he is raising money for his legal defense. He also said he will continue to challenge the Monday court order.

Wilson said he believes he could have previously sold the blueprints but didn't because he wanted to be able to post them online for widespread, free distribution.

"For many years I chose not to sell these files. I was an open source advocate," Wilson said. "I don't expect to make money on it."