Cody Wilson was brought back to the U.S. after being arrested in Taiwan. 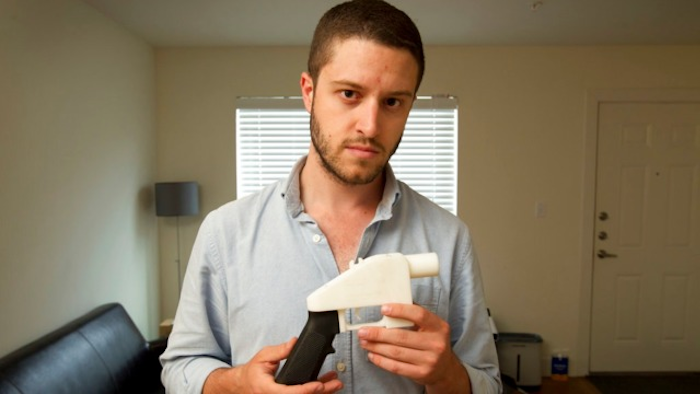 In this May 10, 2013, file photo, Cody Wilson, the founder of Defense Distributed, shows a plastic handgun made on a 3D-printer at his home in Austin, Texas.
Jay Janner/Austin American-Statesman via AP, File

HOUSTON (AP) — The owner of a Texas company that sells plans to make untraceable 3-D printed guns is free on bond after being accused by authorities of having sex with an underage girl.

Wilson was brought back to the U.S. after being arrested in Taiwan following accusations he paid a 16-year-old girl $500 to have sex with her in Austin. He was arrested Friday in Taiwan.

Wilson's attorney, Samy Khalil, said in a statement Sunday night that the focus is on preparing Wilson's defense.

Future court hearings will be in Austin.