Is everyone overreacting when it comes to 3D-printed guns? 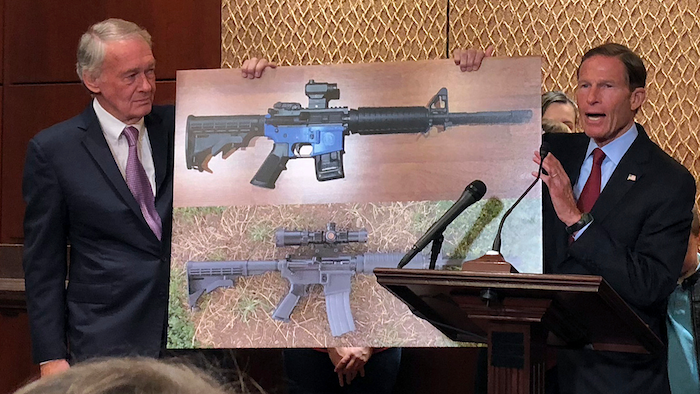 A little-known dispute over 3D-printed guns has morphed into a national legal debate in the last week, drawing attention to a technology that seems a bit of sci-fi fantasy and — to gun-control advocates — a dangerous way for criminals to get their hands on firearms that are easy to conceal and tough to detect.

The gun industry calls the outcry an overreaction that preys on unwarranted fears about a firearm that can barely shoot a round or two without disintegrating.

It also raises a host of constitutional questions involving First Amendment protections for free speech and Second Amendment rights to own guns.

Here are some questions and answers about the debate:

Q. What is behind the dispute?

A. Cody Wilson, the founder of Texas-based Defense Distributed, first posted downloadable blueprints for a handgun called the Liberator that could be made using a 3D printer in 2013. Within days it had been downloaded about 100,000 times until the State Department ordered him to cease, contending it violated federal export laws since some of the blueprints were saved by people outside the United States.

The dispute between Wilson and the federal government went on for years until this past June when they reached a settlement that paved the way for Wilson to resume posting the designs.

Wilson resumed sharing his blueprints for the gun the day the settlement went into effect last week. 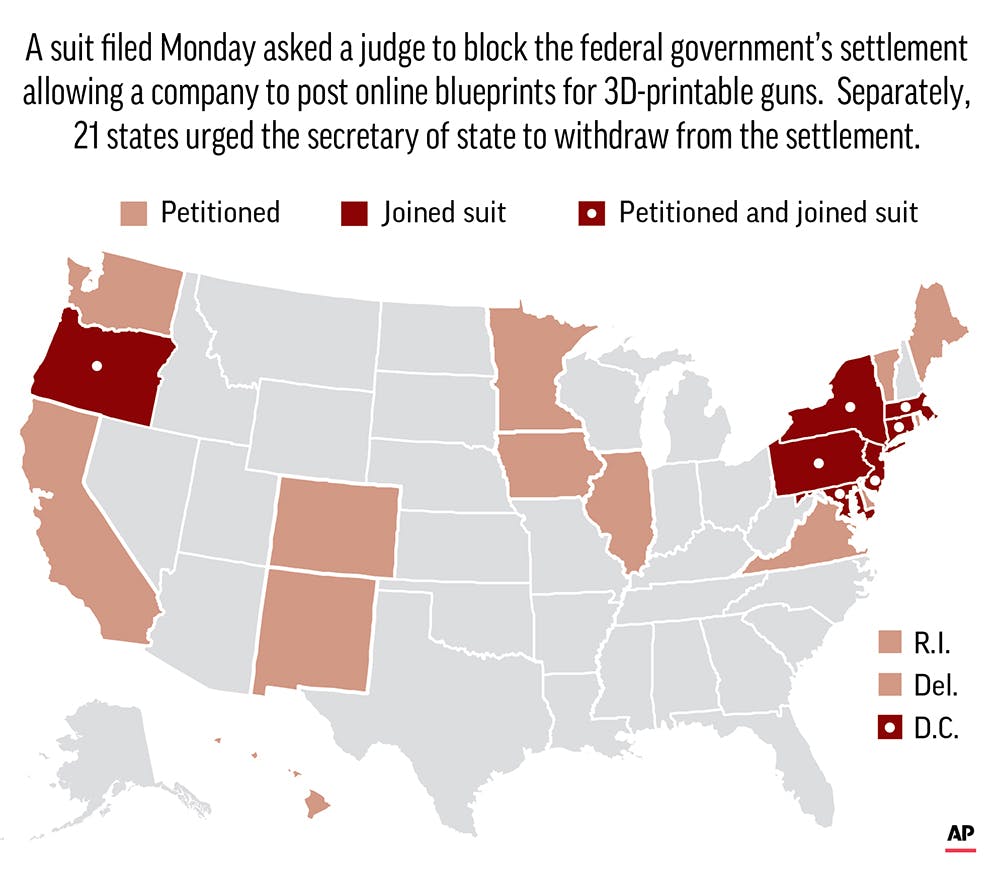 "This is a very, very, very easy First Amendment question that I think people might be hesitant to accept because it involves guns and people don't like guns," said his lawyer, Josh Blackman.

And Wilson has a strong legal claim that distribution of the information is different than actually making an all-plastic firearm.

While it is a violation of the federal Undetectable Firearms Act to make, sell or possess a firearm that can't be detected by magnetometers or metal detectors, what Wilson is doing is simply providing the information on how to make such a firearm.

"What Defense Distributed was doing was not making and then shipping the weapons overseas," said Chuck James, a former federal prosecutor who is now a private lawyer with the Washington, D.C.-area firm of Williams Mullen. "They were making the data available on the Web where it would be available to someone overseas."

Q. What kind of gun designs are available on the website?

A. Defense Distributed shows a variety of designs. The code for a 3D printed gun is for what he calls the Liberator, which gets its name from a pistol American forces used during World War II.

His design includes a metal firing pin and a metal block. His site also includes blueprints to make various AR-platform long guns and some other handguns using more traditional means and materials.

A. In 1988, the U.S. enacted the Undetectable Firearms Act, making it illegal to manufacture, sell, or possess a firearm that couldn't be detected by a metal detector. That law has been renewed several times by Congress and remains in effect.

If 3D printed guns contain enough metal to be flagged by a metal detector, they are considered legal under U.S. law.

Gun-control advocates argue that the risks are too great to allow 3D printed guns because even if they're designed to include metal, it's too easy for someone to not include those pieces or to remove them to skirt detection.

"It's an absurdity. You can take the piece of metal out and put it back in at your own whims and you can take it out and walk through a metal detector undetected," said Jonas Oransky, legal director for Everytown for Gun Safety.

A. Gun experts and enthusiasts recoil at the suggestion that a 3D printed gun is a true threat, calling the firearms mere novelties.

Unlike traditional firearms that can fire thousands of rounds in their lifetime, 3D-printed guns are notorious for usually lasting only a few rounds before they fall apart. They don't have magazines that allow the usual nine or 15 rounds to be carried; instead, they usually hold a bullet or two and then must be manually loaded afterward. And they're not usually very accurate either.

A video posted of a test by the federal Bureau of Alcohol, Tobacco, Firearms and Explosives in 2013 showed one of the guns produced from Wilson's design — the Liberator — disintegrating into pieces after a single round was fired.

"People have got this Star Trek view" of the guns being futuristic marvels, said Chris Knox, communications director for The Firearms Coalition, a gun-rights group. "We're not talking about exotic technology."

Others are quick to point out that normal guns are readily available in the U.S. with little regulation, making 3D-printed guns a major hassle compared with regular weapons.

Q. What's the status of the debate?

A. A federal judge on Tuesday issued a temporary restraining order blocking Wilson from continuing to post the designs on his site. A hearing is to be held in that case next week.

In the meantime, President Donald Trump criticized the Department of Justice advising the State Department to reach a settlement with Wilson without first consulting with him.

Wilson's website currently displays a banner asking people to help "to uncensor the site." Clicking a link directs the person to a page to pay membership dues ranging from $5 a month to $1,000 for a lifetime.