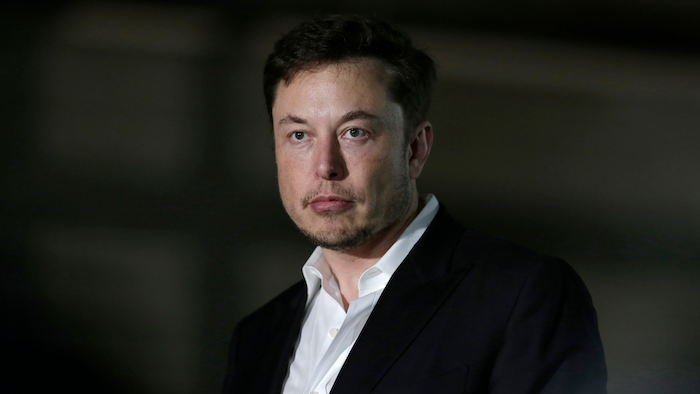 In this June 14, 2018, file photo, Tesla CEO and founder of the Boring Company Elon Musk speaks at a news conference in Chicago. For years, Tesla’s board remained almost invisible, staying behind the curtain as Musk guided the electric car maker to huge stock price increases. Now, given Musk’s recent questionable behavior, experts say it’s time for the board to step onstage and take action on the company’s leadership.
AP Photo/Kiichiro Sato, File

For years, Tesla's board remained almost invisible, staying behind the curtain as superstar Chairman and CEO Elon Musk guided the electric car maker to huge stock price increases. Now, given Musk's recent questionable behavior, experts say it's time for the board to step onstage and take action on the company's leadership.

The list of Musk's offenses include berating Wall Street analysts on a conference call and labeling as a pedophile via Twitter a British diver involved in the cave rescue of trapped Thai soccer players.

Add to that his abrupt Twitter announcement of a plan to take the company private even though funding hasn't been solidified, as well as confessing to being overwhelmed with job stress in a recent interview, and it's likely that most other company boards in a similar position would have taken action, corporate governance experts say.

Yet Tesla's nine-member board, which includes Musk and his brother, Kimbal, has largely been silent, save for forming a three-member committee to decide on the go-private plan that has already drawn scrutiny from U.S. securities regulators.

At least five of the company's eight non-executive directors have strong ties to Musk or one of his other companies, throwing their independence into question.

"I believe Elon Musk is a genius and he needs to be admired and encouraged, but this board of directors has to do more management oversight of the company. The board of directors is not meant to be a cheering committee," said William Klepper, a professor at Columbia Business School and an expert on corporate governance issues.

Kimbal Musk is among the five directors with ties to Musk. Lead director Antonio Gracias founded a private equity firm and also is a director of SpaceX, Musk's privately held rocket company. Director Steve Jurvetson is also a SpaceX director. He's been on leave from his venture capital firm since allegations of sexual misconduct appeared last year.

Another director, venture capitalist Ira Ehrenpreis, is also a SpaceX investor, while director Brad Buss is a former chief financial officer of SolarCity, a solar panel maker that Tesla acquired in 2016.

Australian telecommunications company executive Robyn Denholm was the only other Tesla director until last year, when two were added after investors complained about a lack of independence. James Murdoch, the CEO of 21st Century Fox, and Linda Johnson Rice, the chairman and CEO of Johnson Publishing Co., joined the board in July of 2017.

In a 2017 letter seeking two more board members, five investors wrote that five Tesla directors "have professional or personal ties to Mr. Musk that could put at risk their ability to exercise independent judgment."

One of the five, New York City Comptroller Scott Stringer, who manages investments in Tesla, said in a statement Monday that it's time for the board "to take a hard look at Tesla's governance and compensation structures to ensure that there are proper processes in place for strong board independence and oversight."

Columbia's Klepper said Tesla didn't need more board members; it needed assertive ones. "They need to make some hard choices about the existing board members and decide whether their expertise really fits with Tesla's mission," Klepper said.

Two major firms that specialize in corporate governance issues advised Tesla shareholders to shake up the company's board earlier this year, citing troubling conflicts of interest and decisions that raised questions about the directors' links with Musk.

Shareholders wound up rejecting the recommendations of Institutional Shareholder Services and Glass Lewis & Co. at Tesla's annual meeting in June and re-elected all three directors — Gracias, Murdoch and Kimbal Musk — whose terms were expiring.

Glass Lewis recommended voting against the three; ISS opposed the re-elections of Gracias and Murdoch, but concluded there was no reason to oust Kimbal Musk because he doesn't serve on any board committees requiring independence from his brother.

Tesla wouldn't comment about its directors, and members reached Monday did not return messages. But the company pointed to its proxy statement that said seven of nine members are considered independent based on standards set by the Nasdaq stock market, on which Tesla stock trades. The company said Ehrenpreis and Gracias do not own stakes in Tesla.

Tesla's stock has been on a roller-coaster since Musk used Twitter on Aug. 7 to say he was considering taking the publicly traded company private. Even though Musk said funding had been secured for what could be at least a $20 billion deal, the company later disclosed that it wasn't. On the day of the announcement, shares rose 11 percent but since have fallen almost 19 percent, closing Monday at $308.44.

Musk disclosed that he tweeted out the proposal while driving himself to the airport — without anyone else seeing or reviewing the post. He wrote later that he notified the board on Aug. 2 and that the board met twice before the announcement.

Experts say under more normal circumstances, the board committee would have evaluated the plan before it was made public, a sign that Tesla's directors aren't taking an active role in running the company.

Tesla, which began selling stock to the public in 2010, has a governance structure that more resembles a startup than a company with $11.76 billion in revenue and sales of 101,000 vehicles last year, experts say.

Musk is chairman, CEO and "product architect," and the company has no chief operating officer, a position that would typically exist to run the day-to-day operations and allow the CEO to focus on bigger picture ideas. In contrast, at Silicon Valley titan Apple Inc., Steve Jobs held a CEO title and was deeply involved in product development while he was alive, but left the day-to-day operations of the company to Tim Cook, then the company's COO.

Tesla's problems are compounded by the fact Musk splits his time as head of Tesla and at least three other ventures.

"Musk cannot be all things at all time," Klepper said.

Charles Elson, director of the corporate governance center at the University of Delaware, said the board has a duty to evaluate whether Musk can lead the company given his confession last week to The New York Times that the job was taking a toll on his personal health.

"It paints a picture of someone who is deeply troubled," Elson said. "Running a business is difficult enough. Finding yourself in that state of mind is something different."

With a normal board and normal corporate governance, Musk would have been gone already, Elson said.

"People have been moved on for a lot less," he said.