They're supposed to oversee companies, but often turn a blind eye.

(THE CONVERSATION) A lot of giant companies are getting into big trouble these days.

When Boeing 737 Max aircraft crashed in Indonesia and Ethiopia, killing a total of 346 people in October 2018 and March 2019, the disasters raised serious questions about the safety of the aviation leader’s anti-stall system.

When some 5,000 Wells Fargo employees fraudulently opened over 1 million bank and credit card accounts, it had to pay billions in penalties and fines.

Then there’s Tesla founder Elon Musk, who tweeted about having “funding secured” to take the publicly traded electric automaker and solar energy company private in August 2018. The Securities and Exchange Commission a month later fined Musk and Tesla US$20 million each for making misleading statements that could manipulate the stock market.

In each case, I wondered: Why didn’t anyone on their boards intervene before it was too late?

I’ve researched corporate boards for more than 15 years. Seeing these problems reminded me that boards of directors often fail to act in time to protect brands, prevent harm to the public and safeguard investors. What’s more, there are few if any consequences for their inaction, especially for independent directors who don’t hold executive positions in the firms.

Boeing, Wells Fargo and Tesla are all publicly traded corporations – meaning that they have sold shares to the public. That means they are legally bound to follow rules established by the New York Stock Exchange or NASDAQ.

In addition, they must have a board of directors whose members must follow their own bylaws for board structure, operations and ethics as they exercise their managerial and strategic responsibilities.

Corporate boards hire and fire chief executive officers and monitor their performance and develop succession plans in case the CEO falters, quits or dies. Boards also work closely with the company’s leaders on decisions that promote the company’s long-term success, such as budgeting and personnel management.

Boards are also supposed to set the appropriate tone and cultivate a corporate culture.

The average U.S. corporate board has nine members, but board sizes range from three to more than 30. Directors are, at least technically, elected by shareholders and have what’s known as a fiduciary duty to act on behalf of anyone who owns the company’s stock.

They are supposed to ensure that operations run smoothly, profitably and without any wrongdoing. Directors are supposed to be selected because they can help the business, but it’s often a question of who they know. In practice, directors were traditionally very closely connected to one another, often serving on one another’s boards.

Because their obligations can occupy only a few hours at a stretch, the time commitment is hard to measure. Some common estimates range from eight to 33 days of service a year.

Many of Boeing’s board members had extensive experience in aviation, related industries and government. Former Boeing board members who asked for anonymity have told The Washington Post that the board considered “safety was just a given” and that “the board doesn’t have any tools to oversee” safety.

But in contrast to other corporations supplying products and services that depend on safety, Boeing’s corporate governance guidelines do not even mention that word. As Boeing’s success truly depends on its safety record, I believe its board should have been held more accountable for safety and actively appointed safety experts to the board.

The Federal Reserve cracked down on Wells Fargo to punish it for a lack of oversight following the fake accounts scandal. The Fed demanded that the bank replace four board members, three of whom had been on board for more than 10 years.

Tesla’s board expressed confidence in Musk after his tweet and other bizarre behavior, such as indicating he was drinking whiskey and getting high during a podcast and telling investors and analysts that their “boring, bonehead questions are not cool” during an conference call.

When the SEC fined Musk and Tesla, it also ordered him to stop chairing the board for at least three years. Robyn Ault, an independent member of the board of directors with significant experience in the auto and technology industries, replaced Musk as chair. But Tesla also added two new directors who are Musk’s close friends.

That hardly offers assurance that the board is going to become independent enough to sniff out problems and demand action at a time when the company faces a rising number of safety concerns for drivers and workers alike.

The Federal Aviation Administration plans to step up its oversight of Boeing, starting in July 2019. It remains unclear what steps other government agencies besides the FAA will take to discipline the aircraft manufacturer.

Perhaps the clearest case of the disasters that await when board members shirk their responsibilities is Enron, the energy company that collapsed in 2001. Enron’s board voted twice to waive the corporation’s ethical code to allow then-Chief Financial Officer Andrew S. Fastow to conduct complex transactions that contributed to the company’s demise.

Even though Enron’s directors failed at their missions most suffered no serious consequences. The only Enron board member who served time behind bars was also one of its executives: CEO Jeffrey Skilling, who completed his prison sentence in 2019. Another, Enron founder Ken Lay, died of a heart attack in 2006 while awaiting what might have been a life sentence.

The only punishment for the rest of Enron’s board was being largely banished from corporate America. As of 2019, based on what I found by searching board data, only one of Enron’s 16 directors still sits on a corporate board. Herbert S. Winokur Jr. is on the board of Nano Terra, a government and corporate contractor that engineers nanomaterials.

I know of only one case where corporate board members have served time and it involved an Icelandic bank in the wake of that country’s banking crisis. To me, it seems clear that greater accountability is warranted in the United States and everywhere else.

This article is republished from The Conversation under a Creative Commons license. Read the original article here: http://theconversation.com/corporate-boards-are-supposed-to-oversee-companies-but-often-turn-a-blind-eye-118162. 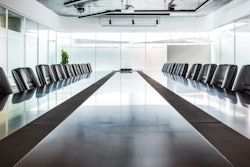 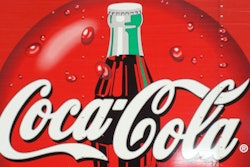 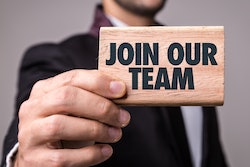