The company was fined for stealing trade secrets from a Massachusetts-based technology company. 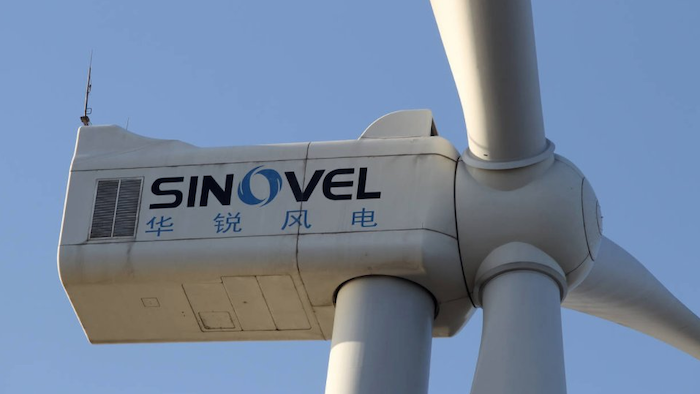 U.S. District Judge James Peterson fined Sinovel Wind Group $1.5 million and placed the company on probation for a year. Prosecutors charged the company with conspiracy, theft of trade secrets and wire fraud in 2013. A jury in Madison convicted Sinovel in January following an 11-day trial. The $1.5 million fine is the maximum amount Peterson could have levied.

"This case is about protecting American ideas and ingenuity," said Scott C. Blader, the U.S. attorney for the Western District of Wisconsin. "The devastation Sinovel's illegal actions caused to AMSC and its employees will not be tolerated."

According to court documents, Sinovel had contracted with AMSC, an energy technology company in Ayer, Massachusetts, to purchase software regulating the flow of electricity from turbines to the electrical grid for more than $800 million. Sinoval wanted to use the software to retrofit existing turbines in China to comply with grid requirements and make new turbines more efficient.

The source code was stored on a computer in AMSC's office in Middleton, Wisconsin. Investigators uncovered email and Skype conversations that show that Austria-based AMSC employee Dejan Karabasevic downloaded the source code from the Middleton office in March 2011, provided the code to Sinovel and traveled to China to adapt the software for use in Sinovel turbines.

Sinovel had offered Karabasevic a six-year contract worth $1.7 million days before he downloaded the code, according to court documents.

As a result of the theft, AMSC's revenues fell, its market value dropped from about $1.6 billion to about $200 million and the company was forced to eliminate nearly 700 jobs, more than half of its global workforce, prosecutors said in a news release.

President Donald Trump's administration and China's leadership imposed tens of billions of dollars in tariffs on each other's goods Friday, bringing the world's two biggest economies to the brink of a trade war. In announcing the U.S. tariffs, Trump said he was fulfilling a campaign pledge to crack down on what he contends are China's unfair trade practices and its efforts to undermine U.S. technology and intellectual property.