In 1943, top scientists, engineers and technicians were invited to New Mexico to build the world's first nuclear weapon. 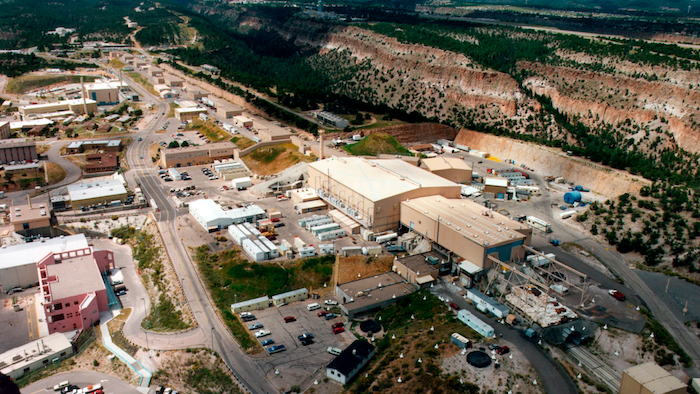 This undated aerial photo shows the Los Alamos National laboratory in Los Alamos, N.M. When J. Robert Oppenheimer invited the top scientists to New Mexico in 1943 to build the world's first nuclear weapon, no one really knew what the results were going to be. What they did know was that they had to succeed at all costs. The Los Alamos Monitor reports the once-secret city on Saturday, June 30, 2018, marked 75 years of discovery at Los Alamos National Laboratory with a day of speeches and activities.
The Albuquerque Journal via AP, File

LOS ALAMOS, N.M. (AP) — When J. Robert Oppenheimer invited top scientists, engineers and technicians to New Mexico in 1943 to build the world's first nuclear weapon, no one really knew what the results would be.

What they did know was that they had to succeed at all costs since intelligence reports indicated Germany and its allies were working toward the same goal.

The once-secret city of Los Alamos is marking 75 years of discovery at Los Alamos National Laboratory, which still plays a key role in maintaining the United States' nuclear weapons cache. The facility also still conducts research on everything from renewable energy technology to public health concerns and the effects of insects on stressed forests. 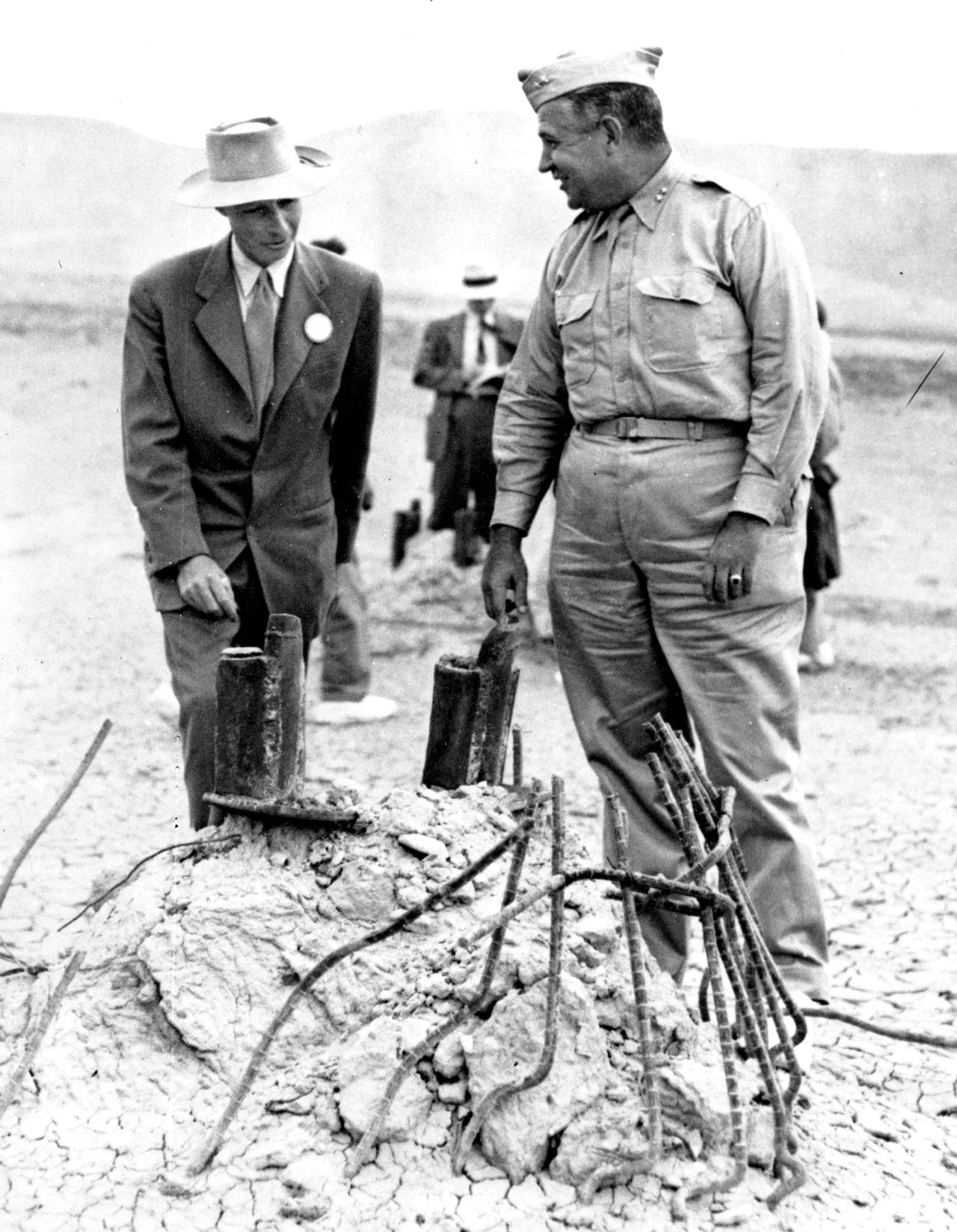 This Sept. 9, 1945, file photo Gen. Leslie R. Groves, right, and Dr. J. Robert Oppenheimer, who cooperated on the development of the atomic bomb, survey the area in Alamogordo, N.M., where a tower once stood before the test bomb exploded. When Oppenheimer invited the top scientists to New Mexico in 1943 to build the world's first nuclear weapon, no one really knew what the results were going to be. What they did know was that they had to succeed at all costs.AP Photo/File

The anniversary comes as the lab prepares for a shift in leadership. The U.S. Energy Department recently awarded the multibillion-dollar contract to manage Los Alamos to Triad National Security LLC, a company made up of the University of California, Texas A&M and Battelle Memorial Institute.

The University of California has played a management role since the beginning, and in late 2015 federal officials announced they would be putting the contract out to bid since the management team failed to earn high performance reviews.

Los Alamos lab has struggled with safety lapses involving the handling of plutonium and radioactive waste and was found responsible for a 2014 radiation release that forced the nation's only underground nuclear waste repository to close for nearly three years.

The federal government recently tasked the lab with annually building at least 30 plutonium cores, which are used to trigger nuclear weapons.

The lab marked its anniversary earlier this month with a day of speeches and activities, the Los Alamos Monitor reported .

Just yards from where plans for the first nuclear bomb were developed, Los Alamos lab director Terry Wallace told a crowd about what Oppenheimer's ideas meant to the world and New Mexico's future.

"Over a series of lectures, they came up with a plan, and that plan was to do something they had never done before," Wallace said.

Wallace said the United States has been served ever since by that initial blueprint for bringing together a talented workforce to solve some of the world's most difficult problems.

As lab employees roamed downtown admiring antique fire engines and cars on display as part of the anniversary celebration, their children played laser tag at the park and slurped ice cones. There were also demonstrations at the nearby Bradbury Science Museum.

In one booth lining Central Avenue, lab employee Michael Nesmith was gathering signatures as part of an effort to get a Virginia class nuclear attack submarine named the "USS Los Alamos."

Nesmith and his committee have been working on the campaign since 2016. He said it was the least he could do for a national laboratory that has done so much.

"The impact has been dramatic, not just in ending the bloodiest conflict in the world, but ever since then," he said. "Medical isotopes, all kinds of things. ... It's hard to comprehend everything that's been done here."