None of the agencies crying foul notified police about the drone. 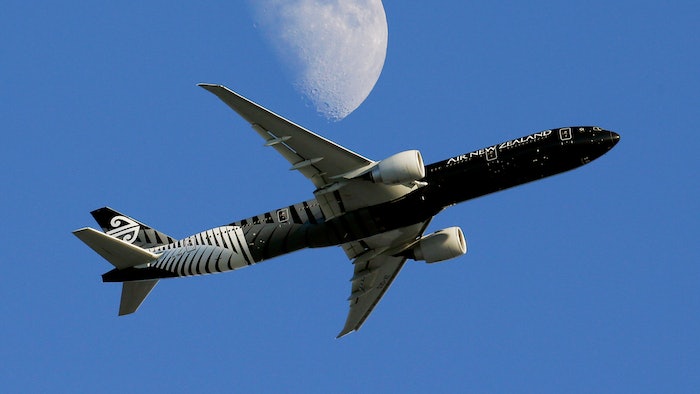 When a drone flew within meters of a landing passenger plane on March 25, 2018, Air New Zealand said reckless drone operators should be thrown in prison. Other agencies chimed in, calling such actions inexcusable and stupid. Yet The Associated Press has found that not one of them called police. Not while it was endangering the plane, nor later to try to track down the perpetrator.
AP Photo/Nick Ut, File

WELLINGTON, New Zealand (AP) — When a drone flew within meters of a landing plane last week, endangering 278 passengers and crew, Air New Zealand responded by saying that such reckless drone operators should be thrown in prison.

Other agencies also sounded the public alarm. Air traffic controllers said they were concerned about the increasing numbers of drones flying illegally in controlled airspace, while regulators said flying drones into a flight path was inexcusable and the "height of stupidity."

Yet The Associated Press has found that none of the agencies involved notified police about the drone. Not while it was endangering the plane, nor later to try to track down the perpetrator.

Flight NZ92 from Tokyo was landing at Auckland Airport on March 25 when it had the close call. Air New Zealand said the pilots spotted the drone about 5 meters (16 feet) from the plane at a point in their descent when it was impossible to take evasive action.

The airline said the drone passed so close that the crew worried it had been sucked into an engine, although a later inspection showed that hadn't happened.

"It's clear the time has now come for tougher deterrents for reckless drone use around airports to safeguard travelers," David Morgan, the airline's chief operations and integrity standards officer, said in a statement last week.

But police told the AP that there was no record of any report to them about the drone. And that's despite police officers being routinely stationed at the airport.

Under current regulations, drone operators who breach aviation rules can be fined up to 5,000 New Zealand dollars ($3,600).

Airways spokeswoman Emily Davies said the first priority for air traffic controllers during a drone incursion is to safely manage the planes in the area. She said a controller can call police if it's operationally safe to do so.

"On Sunday (March 25), the controllers on duty were unable to safely leave their positions to make a call due to the workload associated with heavy traffic volumes and managing the drone incursion," Davies said.

She added that controllers are required to notify regulators, who may decide to involve police in an investigation.

Auckland Airport said airlines contact controllers about drones, who in turn contact police if there is an imminent threat. Air New Zealand said questions about tracking down the drone operator should be directed to regulators.

The Civil Aviation Authority said it had received a report from the pilot about the drone but couldn't provide further details "as its part of the information gathering that is now underway in connection with this incident."

Another Drone Near Miss