One in five bicycle accidents involving children is caused by smartphone use. 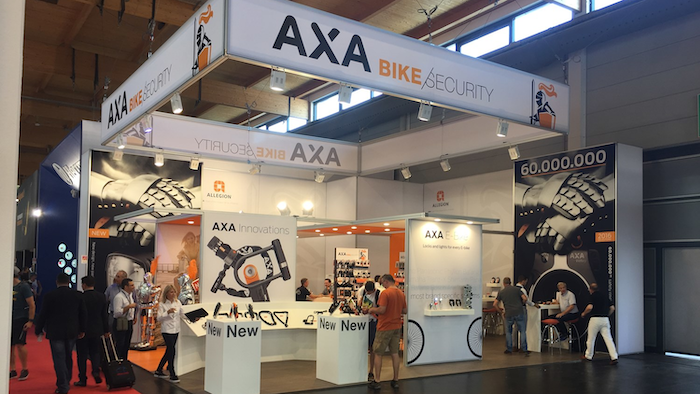 THE HAGUE, Netherlands (AP) — A telecom company in the Netherlands has teamed up with the country's traffic safety authority to develop a bicycle lock that also blocks its mobile network, in a move aimed at protecting young riders who regularly pedal through busy streets while looking at their phone, the developers said Wednesday.

An app opens the lock and simultaneously blocks the KPN cellular network, meaning that the cyclist's phone can only be used to call emergency services. Once the bike is locked using the app, the cellphone will work again.

The app does not stop users listening to music stored on their phone, but would prevent them playing streaming content.

The Dutch Traffic Safety Association said that the "Safe Lock" is expected to go on sale by the end of the year for around 100 euros ($110).

The association said that one in five bicycle accidents involving children is caused by smartphone use.

KPN spokeswoman Victorina de Boer said the combination of a network-blocking app and lock, made by the AXA company, is believed to be a world first.

By blocking the network, the lock and app halts not only calls but also the beeps and buzzes that alert users to new messages.

"If you want to assure yourself of not being disturbed by ... notifications which can take away your attention from the traffic around you, then this is a good solution," De Boer said.

The lock initially will be only for KPN clients, "but of course we're open to working together with other providers on this. Anything to increase the safety of children on their bike in traffic," De Boer said.

The app and lock, which will be tested over the summer, are initially only available for Android phones, but De Boer said KPN also is looking into the possibility of a version for Apple's mobile software IOS.

May 20th, 2016
Latest in Product Development