Polaris is keeping its promise to grow the Indian brand, including an electric rival for Harley-Davidson.

Not long ago, IEN Now covered Polaris’ decision to shutter their Victory line of motorcycles.

Included in the Victory line is or was the Empulse electric bike, which Polaris bought from battery manufacturer Brammo in January of 2015.

With the trifecta of limited technology updates since the Empulse was rolled out in 2013, a sticker price of nearly $20,000 and a range of only about 75 miles, the Empulse followed in the lethargic sales patterns of its Victory siblings.

However, when Polaris announced the end of Victory, they also unveiled plans to infuse more resources into revitalizing the legendary Indian brand. And that message seems to continue gaining momentum.

Industry leader Harley-Davidson unveiled an electric motorcycle prototype in 2014, which they dubbed the LiveWire. The company is also committed to having a production model on the road by 2020.

Polaris responded last week by unveiling plans to have an Indian-branded electric bike on the market within a similar timeframe.

The question this raises is what path the company will take in developing the bike, and more importantly, its battery. Polaris is looking to nearly double the Empulse’s range in providing up to 140 miles on a single charge, creating more of a touring type of bike.

One potential partner, competitor or source of inspiration could be the work Lightning Motorcycles is doing as it works to develop an electric motorcycle with a 500-mile single charge range. This would dwarf the leading electric vehicle range – Tesla’s 315 miles, as well as most gasoline motorcycles that can only stretch-out 320 miles on a single tank.

However, Lightening has a track record of breaking land-speed records for motorcycles and has been working with electric bikes since 2006.

Then again lofty goals can be found throughout this project. Polaris, minus the Victory brand, is projecting revenue from its motorcycle business to grow to $1 billion by 2022, from its current level of just over $700 million. 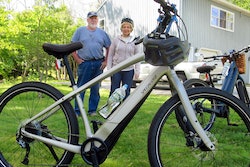 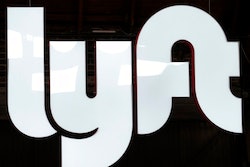