It is a common maternity emergency affecting thousands of women each year.

Simon Wood
This award-winning device that save the lives of women all over the world.
University of Liverpool

The University of Liverpool has been awarded £850,000 ($1,063,137.50 USD) from the National Institute for Health Research (NIHR) to further develop an award-winning device that could save the lives of women all over the world.

Professor of International Maternal Health, Andrew Weeks from the Institute of Translational Medicine received the funds from NIHR's Innovation for Innovation program (i4i) for the Postpartum Hemorrhage (PPH) Butterfly.

PPH is often defined as the loss of more than 500ml or 1,000ml of blood within the first 24 hours following childbirth. It is a common maternity emergency affecting 40,000 British women each year. Although it can usually be treated in the UK, many suffer long-lasting complications.

Major Cause of Death

Globally, however, it remains a major cause of death and is responsible for around 25% of the 289,000 maternal deaths annually. Although common, its management has changed little over the last 30 years. But now Professor Weeks has developed the PPH Butterfly, a device that not only stops the bleeding immediately, but also helps to diagnose its source.

The first clinical trials of the device have now been successfully completed. The next phase will see the device tested this summer on women identified as suffering from PPH.

Professor Weeks, who is also a consultant obstetrician at the Liverpool Women's Hospital, said, "This funding is vital in helping us to take the development of this device forward. It is also a testament to strong partnership working with the University, the NHS and Industry partners.

"Going forward we are currently developing a training package for those who will be using it with view to the clinical trials this summer." 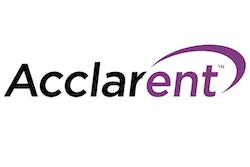 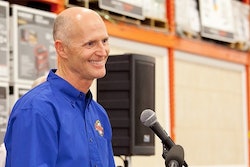