People were moved out of eight villages in making room for a dish the size of 36 football fields. 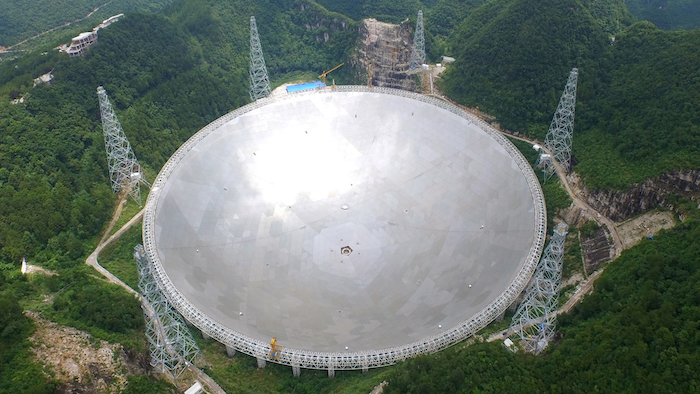 According to reports from the Chinese city of Guiyang (XNA), the country moved 8,000 people from their homes to make way for the world's largest radio telescope, which will be completed later this month. People are being moved out of eight villages in making room for a dish the size of 36 football fields.

The telescope is described as a super-sensitive "ear" capable of spotting very weak messages from space. Upon completion, FAST (Five-hundred-meter Aperture Spherical Telescope) will require radio silence within a 5-kilometer radius.

A relocation budget of about $269 million was allocated. About one-third of those being resettled are living under the poverty line, and meet national requirements for resettlement. A reported 600 apartments have been built in two new settlements about 6 miles from the original villages.

The villagers will be compensated in cash or with new housing. Those who lost their lands will also be compensated and could be offered a job in tourism or support services for the FAST project.