Chandra's trouble occurred less than a week after the Hubble Space Telescope was sidelined.

Marcia Dunn
This illustration made available by NASA shows the Chandra X-ray Observatory. The space telescope is back in business after a two-day shutdown. NASA said Monday, Oct. 15, 2018, that the telescope came back online Friday.
NASA/CXC/SAO via AP, File

CAPE CANAVERAL, Fla. (AP) — One of NASA's space telescopes is back in business after a two-day shutdown.

NASA said Monday that the Chandra X-ray Observatory came back online Friday. Chandra's trouble occurred less than a week after the Hubble Space Telescope was sidelined. In both cases, the problem was in the pointing system.

Officials say a glitch in one of Chandra's gyroscopes generated three seconds of bad computer data last Wednesday. That was enough for the 19-year-old telescope to go into so-called safe mode, during which science observations cease. Flight controllers restored Chandra's pointing by switching to a backup gyroscope.

Observations are expected to resume with Chandra by the end of this week. Hubble, meanwhile, remains out of action with a more serious gyroscope issue that cropped up Oct. 5. 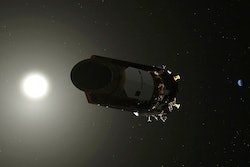 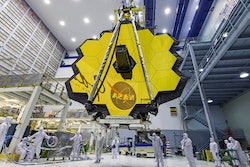 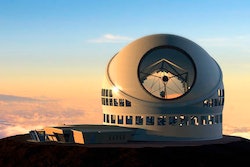