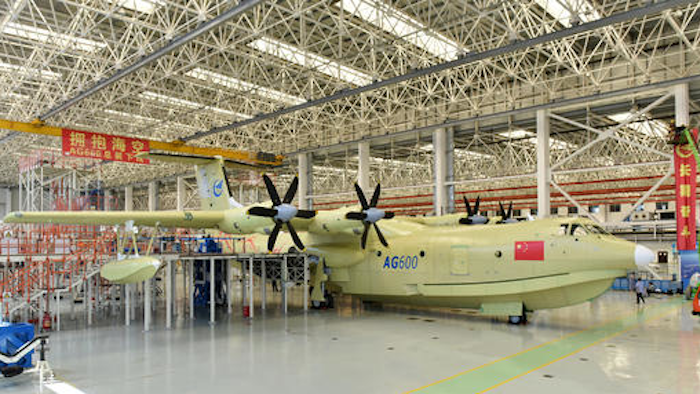 The Xinhua News Agency said the AG600 rolled off a production line in Zhuhai in southern China on Saturday. It measures 37 meters (121 feet) in length with a wingspan of 39 meters (128 feet).

The report cites Chinese state aircraft maker, the Aviation Industry Corporation of China, as saying the plane is nearly as big as a Boeing 737.

Last week, a Cessna 208B seaplane making its inaugural flight in China crashed into a highway bridge outside Shanghai, killing five people on board.