The 57-year-old lost eight fingers and the better part of his palms in an accident with a metal pressing machine.

Three years after an industrial accident took pretty much everything but his two thumbs, Chris King underwent a complex 12-hour, double hand transplant operation. And according to the lead surgeon, the procedure was such a success that King could even regain decent movement and feeling in his hands.

According to the Daily Mail, the 57-year-old King lost eight fingers and the better part of his palms in an accident with a metal pressing machine at UK-based Eaton Lighting. King actually went back to work for the Eaton, though he still has trouble being around the machine that took his hands.

During the surgical procedure surgeons joined his bones together with titanium plates and screws, and then connected key tendons and muscles. They then connected blood vessels before the remaining nerves, tendons, and muscles are attached.

No details on the donor have been released for privacy reasons, but the occasion marks the first double hand transplant performed in the United Kingdom. The procedure cost more than $65,000 and hand transplant procedures are still quite rare as it’s only been performed about 80 times, ever.

Some sources say that King already has some movement in his hands, and he’s even mentioned that he’s looking forward to properly holding a beer once again. 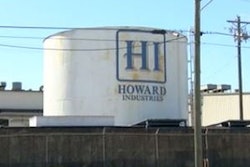