Savings from its block buy contract with Lockheed Martin will cover construction, systems integration and testing for the Freedom-class ship. 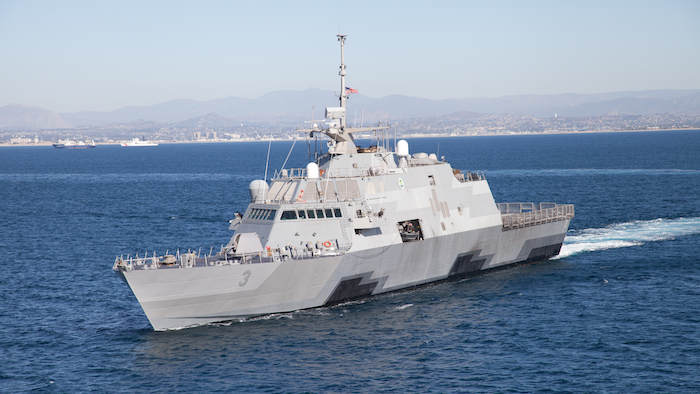 Under the current 10-ship block buy, costs per ship have dropped significantly to half the cost of the first ships of class and two ships per year are being delivered to the Navy.

The Lockheed Martin-led industry team is currently in full-rate production of the Freedom-class variant, and has delivered three ships to the U.S. Navy to date. There are seven ships in various stages of construction at Fincantieri Marinette Marine, with three more in long-lead production.

The LCS’s modular design and affordable price achieves increased capacity and capability so the Navy can provide presence where and when needed. USS Freedom and USS Fort Worth have demonstrated the Freedom-variant’s value to the fleet with two successful operational deployments to Southeast Asia, sailing more than 180,000 combined nautical miles since delivery.

The Freedom-variant’s steel monohull design is based on a proven, survivable design recognized for its stability and reliability. With 40 percent reconfigurable shipboard space, the hull is ideally suited to accommodate additional lethality and survivability upgrades.