Machines Will Soon Tell You When They're Sick

In the future, machines will monitor their own health and request help, themselves, when something’s wrong. 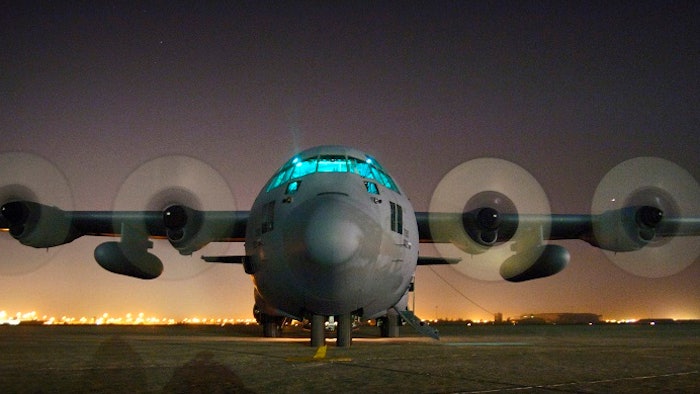 In 2012, CEMSol teamed up with Lockheed Martin to see if the company’s Integrated System Health Management software could predict failures of the bleed valve that switches air flow between engines on the C-130 Hercules (pictured here) during start-up. Lockheed Martin invested $70,000 in the test and recouped 10 times that amount in reduced maintenance costs and mission delays.
U.S. Air Force

“There’s going to be an integrated system-health engine as part of every system out there, and it will be able to interface with other systems and components,” predicts David Cirulli, engineering vice president and cofounder of CEMSol LLC. “That’s what’s missing today.” He compares the capability to how sick human patients can verbalize symptoms to a doctor, giving them the crucial information they need to diagnose a problem.

The first version of what would become CEMSol’s Integrated System Health Management software was developed at NASA’s Ames Research Center in 2003 as a way to monitor an experimental hybrid rocket engine test bed that used both gas and solid fuel.

Traditionally, this would have been accomplished by building models and running simulations, but an engineer at Ames instead developed the Inductive Monitoring System (IMS) to gather and interpret real data automatically.

Hundreds of Systems Seen at a Glance

It’s a pretty straightforward concept: IMS collects data from sensors that measure temperature, pressure, fuel flow, voltage, and other vital signs from within a system, then mines those results to establish a baseline for normal behavior. Any future data that don’t fit the baseline could indicate a problem or impending failure.

And whereas human engineers or operators can understand the interactions between five to seven entities at most, says Cirulli, data-mining software such as IMS can see how hundreds of systems relate to each other at a glance.

By 2012, the software had been applied to a dozen programs at NASA Mission Control, and now it’s being integrated into launch control systems at Kennedy Space Center and monitoring the carbon analyzer that ensures drinking-water safety on the International Space Station. When the Orion capsule went on its inaugural test flight in December 2014, the software monitored the new vehicle’s electrical systems.

CEMSol, which stands for Comprehensive Engineering Management Solutions, licensed the program from NASA in 2012 and used it to develop its IMS-derived Integrated System Health Management software in two packages — one as a desktop application and another as a software developer’s kit.

The desktop version imports recorded datasets and analyzes them, highlighting any deviations from normal. The software developer’s kit can monitor systems in real time. “It’s a library of functions the programmers can choose from to perform whatever system-detection analysis functions they want,” Cirulli says.

Also in 2012, CEMSol teamed up with Ames and Lockheed Martin to try the system-health monitoring software on the Lockheed C-130 Hercules military transport plane.

The aircraft has had a history of problems with a bleed valve that switches air flow between engines during start-up. Four years’ worth of datasets from 16 planes, including starter-system failures, were fed into the program, which was then able to predict a start-up failure three starts before a problem occurred.

The successful detection eliminated the need for a manufacturer to redesign the part or introduce a new computer system, and the advance warning meant there was no need to schedule a backup plane or wait for repairs to be made. An initial $70,000 investment by Lockheed Martin into the test was quickly recouped 10 times over in reduced delays and maintenance costs.

Such drastic results on one of the program’s first test drives show that it could have a big impact in the years ahead, when self-monitoring comes to everything from cell phones to medical devices, and from refrigerators to automobiles.

“Historically, system-health management has been an afterthought,” Cirulli says. “In the future, things will be much more reliable, durable, and dependable, because they’ll have a much better understanding of their own behavior.”

To learn more about this NASA spinoff, read the original article from Spinoff 2016.

For more information on how NASA is bringing its technology down to Earth, visit http://technology.nasa.gov.