Using the sound a 3D printer makes while its printing a part, this team can steal the IP and reverse engineer the design.

Industrial espionage has never been a hotter topic. And as with all new technologies come innovative ways to steal it. But I'm guessing you never thought of stealing intellectual property by recording the sound it makes during production.

A team of researchers at the University of California, Irvine have reverse engineered a 3D printed design based on a recording of the sound it makes while being built on a 3D printer.

Now this could be a problem, particularly as manufacturers are rolling out lax bring your own device policies.

Using an ordinary smartphone, the team recorded acoustic signals that carry information about the nozzle's precise movements while printing the part. The stolen IP wasn't perfect, but the team's knockoff was still 90 percent accurate.

If such proprietary information is stolen during the prototyping phase, companies stand to lose big, and right now there is no way to protect from such attacks.

Now engineers need to consider ways to jam 3D printers’ acoustic signals, which could mean playing canned white-noise while the printer is at work. According to the researchers, the best place to start would be in employee pockets, preventing them from carrying smartphones near rapid prototyping areas when sensitive objects are being printed. 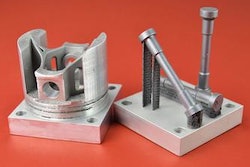 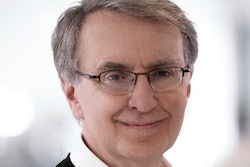 Inventor of Binder Jet Printing Inducted Into Hall of Fame