You know the girl from marketing? This company built a copy of her on a 3D printer.

Roscoe, IL-based 3DP manufactures large-scale, industrial class 3D printers. They also don’t shy away from out-of-the box thinking when it comes to pushing the build envelope of their 3DP1000.

Internally, the company uses its printers to build anything from promotional motorcycle gas tanks to the printer’s own interface enclosures. But when 3DP marketing communications specialist, Kecheng Lu, received a full body scan as an industry event, the company saw an opportunity to print something a little more eye-catching than the standard tradeshow trinkets.

Kecheng Two stands a little taller than her inspiration and took about seven days to print in PLA before the print supports were removed, the two sections glued together, and the model shipped to an artist who only finished Kecheng’s left side to show just how polished the once-stratified sculpture can become.

Previously, 3D printing was limited to little more than build size and the creator’s imagination.

Now, with the 1000, as well as a new workbench series set to debut this year, engineers are left with one less limitation. 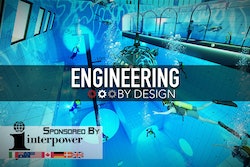 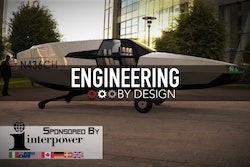 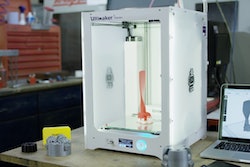 How to Cast Metal Parts from 3D Prints