Why Your Adhesive Failed

Barry Siroka
The EpoxySet SetWorx 411HP is an example of a one-part epoxy that works as a structural adhesive when bonding ceramic, glass, metals, and high temperature plastics.
EpoxySet

High tech adhesives are very reliable and issues do not occur often. When used correctly, these adhesives can resolve many design issues while also saving money, time and effort.

However, there are many potential reasons for a possible failure when using these materials. Failure can be defined as no adhesion upon cure, reduced adhesive strength, or loss of adhesion over time.

When any problem occurs, the adhesive is very often one of the first components to be examined.

Finding the cause of a failure can sometimes become difficult, especially when a failure is intermittent or it started after a long period of success.

There are a number of standard issues that should be considered to determine the cause of a failure.

Contamination should be one of the first considerations. Any grease, oil or other impurity on the surface can potentially cause loss of adhesion. Dirty substrates are an obvious potential problem, but contamination can be inadvertent.

Oils from skin contact, especially on very small parts, could be enough to cause a problem.  Components may have been improperly cleaned. Component manufacturers sometimes change a production process that does not affect the component performance or tolerances, but can unintentionally effect the bonding of that component.

Controlling the cleaning process at the usage sight is the best method to ensure occurrence of this potential problem does not arise.

Another possible source of contamination is silicone release agents that can settle onto surfaces and prevent adhesion. Care must be taken to prevent cross contamination if using silicones or any release agent. For this reason, some manufacturing facilities will not allow the use of any silicone compounds.

Surface preparation is essential for bond consistency. There are many methods to prepare surfaces, including washing, abrasion and plasma/corona treatment. The best surface preparation will depend upon the specific substrate and adhesive chemistry used.

Consult with your substrate provider or adhesive manufacturer for the appropriate preparation. Lack of consistent surface preparation can be a big contributor to adhesion issues.

Mix Ratio for many two part materials can be a major issue, some systems are very sensitive to minor changes in the mix ratio. Many materials are stoichiometrically balanced and an off ratio mix may cause the material to cure erratically and/or not perform to its optimal capability.

Mixing of two part adhesives is a basic process function, but is essential for of these adhesives to work properly. Insufficient mix may result in a partial chemical reaction which leads to partial curing. An insufficient cured material will most likely result in poor bond strength and lower physical properties.

Also, mixing of the original container can be very important. Fillers or other constituents could settle. Ensuring a homogenous mix of each component prior to mixing (for two parts) is vital to achieve maximum properties.

Application technique can be critical. If material is manually applied, ensure that the amount is consistent for each unit.

Most adhesives work best with an appropriate bond line, too much or too little material could produce variable cured strengths.

If applicable, make sure that the adhesive is applied in the same location on every component.

If automated placement is used, ensure that the equipment is clean when starting and remains clean during use. Some adhesives can partially cure in the dispensing apparatus, thus clogging the unit and preventing a consistent amount of material being applied to each part.  Less adhesive could result in decreased strength.

Air entrapment can be a source of inconsistent failure especially in small applications. Removal of air from a system, prior to application, may be a necessary processing step. Air gaps could prevent the adhesive from interfacing fully with the substrate surface which may result in decreased strength.

Incompatibility with substrates can also be a contributor to failure with some adhesives.

Certain plastics may contain plasticizers which could seep to the surface over time, causing a bond to fail. This seepage could be inconsistent from lot to lot so that some parts never fail while others lose adhesion.

Some substrates can actually interfere with the cure mechanism of an adhesive. This is usually an issue that is addressed when selecting the adhesive but sometimes appears later.

Cure time and temperature can be major factors contributing to incomplete cure and performance of many systems.

Some materials must be exposed to certain temperatures in order to cure.

Many ovens can vary considerably and thus an adhesive does not seem to cure in its allotted time. Too high a temperature may cause a material to polymerize incorrectly and cause degraded properties.

Some materials may cure at lower temperatures but not produce the same physical characteristics as when cured with elevated temperatures. Alternatively, certain chemistries designed for low temperature cure should not be heated when cured.

Products cured with UV energy have the same issues. They must be cured with the correct wavelength and energy level.

Certain chemistries will not cure with low light exposure and others can burn if subjected to high dosage. Some of the UV chemistries must be heat post cured to achieve their maximum performance.

Environmental conditions should also be noted as many materials can be effected by their surroundings.

For example, high moisture levels can prevent cure in some materials while it speeds up the reaction in others. Carbon dioxide, PH, Oxygen and environmental temperature could all adversely affect the finished adhesive.

As stated earlier, intermittent problems are the hardest to resolve. These are almost always due to a factor other than the adhesive.

Of course, a batch of adhesive may have been produced incorrectly, but this is actually very rare as reputable manufacturers use reliable raw materials and process controls to ensure a consistent finished product.

Greater than 98% of problems with adhesives are not due to the adhesive itself, but due to one of the causes previously discussed. 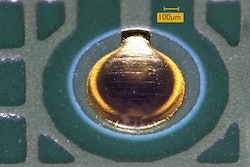