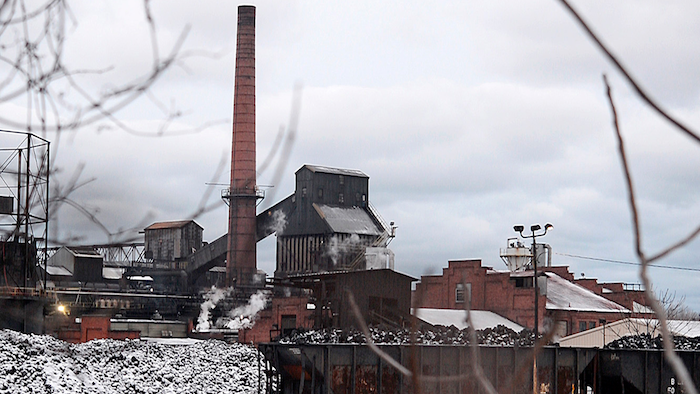 The Erie Coke Corp. plant in Erie, Pa., is shown on Thursday, Dec. 19, 2019. The plant in northwestern Pennsylvania turned away employees who showed up for work Thursday morning, signaling the apparent shutdown of an operation that had faced mounting regulatory pressure over its environmental record.
Christopher Millette/Erie Times-News via AP

Erie Coke Corp. employed more than 130 people at the plant, which uses coal to produce foundry coke, a key ingredient in the steelmaking process. Workers who showed up at the plant to begin their shifts were turned away.

“We just got here and they said we don’t have a job,” employee Justin Pastuha, who stood at the entrance to the plant Thursday morning with about a dozen other workers, told the Erie Times-News.

Erie Coke said in a statement later Thursday that it was “discontinuing operations." The company blamed the city of Erie's recent decision to block Erie Coke from discharging its wastewater through the municipal sewer system.

“We are deeply disappointed by this turn of events and the permanent silencing of a local manufacturing operation that has been in existence since 1833. We share the frustration of our hardworking employees with the current circumstances, and regret that we were not able to salvage the business and its good-paying manufacturing jobs. This is truly a sad day for all,” the statement said.

Mayor Joe Schember denied the city was to blame.

“If they are shutting down, that’s the company’s decision," he said. "We just wanted them to comply with environmental rules regarding our wastewater treatment plant.”

The city's crackdown came after Pennsylvania environmental officials denied the renewal of the company’s operating permit and took legal action in an effort to get the plant shutdown, citing years of environmental violations.

The company has paid millions of dollars in fines for violating state and federal air quality laws.

The state Department of Environmental Protection said Thursday it would reach out to company officials to ensure the shutdown is “being done in a safe and orderly fashion and in accordance with state regulations.” The state labor department dispatched a rapid response team to aid affected workers.