Bob Dudley, who oversaw the aftermath of the 2010 Gulf of Mexico oil spill, retires next year. 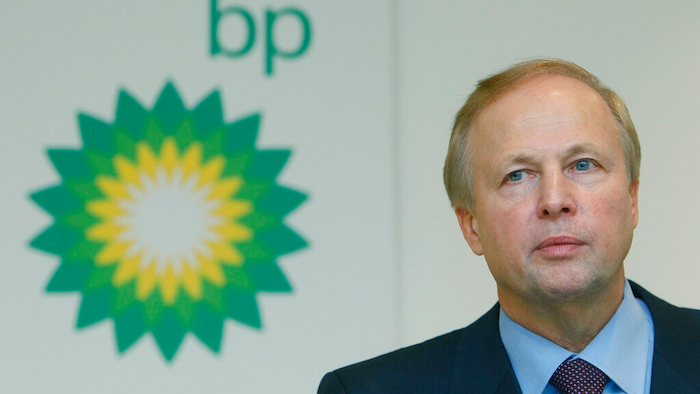 In this file photo dated Tuesday, Feb. 1, 2011, BP PLC's CEO Bob Dudley during a results media conference at their headquarters in London. According to a company announcement Friday Oct. 4, 2019, Bob Dudley will step down as group chief executive in early February 2020, to be replaced by BP chief executive for upstream operations 49-year-old Bernard Looney.
AP Photo/Alastair Grant, FILE

LONDON (AP) — Oil company BP says 49-year-old Bernard Looney will take over as CEO as Bob Dudley, who oversaw the aftermath of the 2010 Gulf of Mexico oil spill, retires next year.

BP said Friday that Dudley, 64, will step down as CEO and leave the board in early February after delivering the company’s 2019 full year results. He will retire at the end of March after a 40-year career.

Looney is currently the head of BP’s upstream operations and will join the board when Dudley leaves it in February.

Dudley became CEO soon after the Deepwater Horizon oil spill in the Gulf of Mexico, an environmental catastrophe that killed 11 rig workers. The spill cost BP over $60 billion, which Dudley managed by selling off businesses and refocusing operations.