The sale comes as BP attempts to divest $10 billion in assets by 2020. 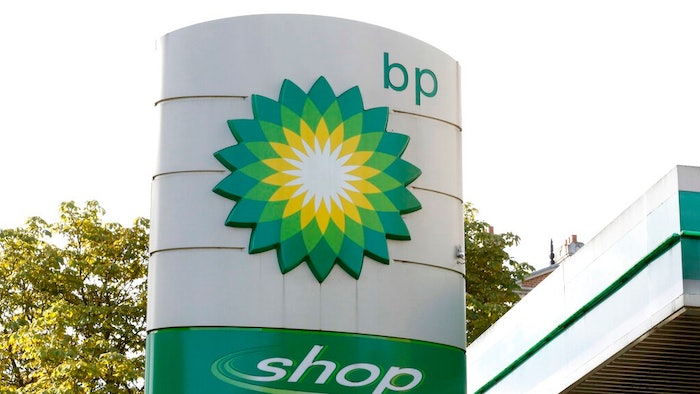 This Aug. 1, 2017, file photo shows the oil producer BP company logo at a petrol station in London. BP, a major player on Alaska’s North Slope for decades, is selling all of its Alaska assets, the company announced Tuesday, Aug. 27, 2019. Hilcorp Alaska is purchasing BP interests in both the Prudhoe Bay oil field and the trans-Alaska pipeline for $5.6 billion, BP announced in a release.
AP Photo/Caroline Spiezio, File

JUNEAU, Alaska (AP) — BP plans to sell its interests in Alaska's once prodigious North Slope to a company seen as having a reputation of giving new life to aging fields.

The sale to Hilcorp Alaska, an affiliate of Texas-based Hilcorp Energy Co., would be worth $5.6 billion, and include interests in the Prudhoe Bay oil field, Point Thomson gas field and the trans-Alaska pipeline system, BP said in a release. Harvest Alaska, another Hilcorp affiliate, will acquire BP's stake in the pipeline.

The sale announced Tuesday would be subject to state and federal approval. The sale comes as BP attempts to divest $10 billion in assets by 2020.

Energy analyst Phil Flynn said since Bob Dudley became BP's chief executive, the company has been shedding older fields and those seen as more inefficient and expensive. He sees BP's announcement as strategic.

Jason Rebrook, president of Hilcorp Energy Co., in a statement said his company has a record of "bringing new life to mature basins, including Alaska's Cook Inlet and the North Slope, and we have a clear understanding that an experienced local workforce is critical to success."

Larry Persily, a former federal coordinator for Alaska gas projects, said Hilcorp has made a mark by picking up projects others moved away from and "wringing more money out of them," citing Cook Inlet as an example.

But he noted it wasn't one of the major energy companies buying the BP assets "because they tend not to buy declining assets. And that's what this is." He said BP hasn't been in exploration mode in Alaska for years.

Kara Moriarty, head of the Alaska Oil and Gas Association, said the purchase is a reflection of what happens in mature fields, like Prudhoe Bay and before this, Hilcorp buying platforms in Cook Inlet, some of which have been out there 60 years.

"There's only a finite amount of capital in the world and within oil and gas companies, so they have to do what they think is best to get a return for their shareholders and that's what BP is doing and that's what Hilcorp is doing," she said.

Changes in corporate direction are not uncommon in the industry. Chevron left Cook Inlet, Shell left Alaska and Anadarko left the Gulf of Mexico and the Lower 48 before selling to another company, she said.

"It's just a reflection of how the industry works, and it's a reflection that nothing is guaranteed," she said. "You know, it's an ever changing global industry."

About 2.1 million barrels a day of North Slope oil flowed through the pipeline at its peak in the late '80s; so far this year, the average is about 500,000 barrels a day.

Analysts and observers Tuesday said they weren't surprised by the announcement. Bruce Bullock, director of the Maguire Energy Institute at Southern Methodist University, said he sees "at least some mild upside."

Michael Noel, an associate professor of economics at Texas Tech University, said it's good to see another company excited about the profit opportunity in BP's assets. But he said there's also uncertainty, including around jobs and the markets.

"The ownership matters but the price of oil matters so much more," he said.

Justin Furnace, a vice president for Hilcorp Energy Co., said in an email to The Associated Press that plans for the BP workforce "will develop as we determine how we will integrate the acquisition into Hilcorp's existing operations." BP employs about 1,600 workers in Alaska.

Under terms of the agreement, Hilcorp will pay $4 billion in the near-term and $1.6 billion later. Both companies expected the deal to close some time next year.