Before his arrest, Shkreli was best known for buying the rights to a lifesaving drug at another company in 2014 and raising the price from $13.50 to $750 per pill. 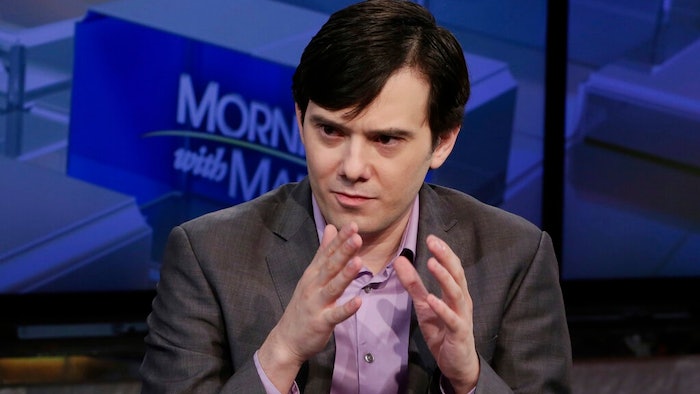 In this Aug. 15, 2017 file photo, former pharmaceutical CEO Martin Shkreli speaks during an interview by Maria Bartiromo during her "Mornings with Maria Bartiromo" program on the Fox Business Network, in New York. The imprisoned pharmaceutical entrepreneur, who is serving prison time for fraud, has filed a fraud lawsuit against one of his former investors.
AP Photo/Richard Drew, File

NEW YORK (AP) — Convicted former drug company CEO Martin Shkreli sued the son of one of his investors Friday in a dispute over losses from one of his failed hedge funds.

The suit, filed in federal court in Brooklyn, claims that after investor George Yaffe lost a $100,000 investment in one of Shkreli's hedge funds in 2012, Yaffe's son pressured him into making up for the loss by signing an invalid promissory note for $250,000.

The suit seeking unspecified damages says the son, Lee Yaffe, told Shkreli that paying back his father "was the 'right thing' to do and that Mr. Shkreli should 'man up.'"

It describes the younger Yaffe as a sophisticated Wall Street broker "who knew Mr. Shkreli did not owe George Yaffe anything" because the note "included a usurious compound interest provision that is invalid under New York law."

In an earlier suit filed by the father in state court, a judge last year ordered Shkreli to pay him more than $420,000 covering the promissory note plus interest.

There was no immediate response to a phone message left Friday with a lawyer for the Yaffes.

Shkreli, 36, was sentenced to seven years in prison last year for crimes that included lying to investors about the performance of two hedge funds he ran, withdrawing more money from those funds than he was entitled to get, and defrauding investors in a drug company, Retrophin, by hiding his ownership of some of its stock.

Before his arrest, Shkreli was best known for buying the rights to a lifesaving drug at another company in 2014 and raising the price from $13.50 to $750 per pill.

He also gained notoriety for attacking critics on social media and offering a bounty to anyone who could give him one of Hillary Clinton's hairs.