Trump Cuts $3.6B in Military Projects to Fund Border Wall

Projects in 23 states, 19 countries and three U.S. territories would be stalled or killed by the plan. 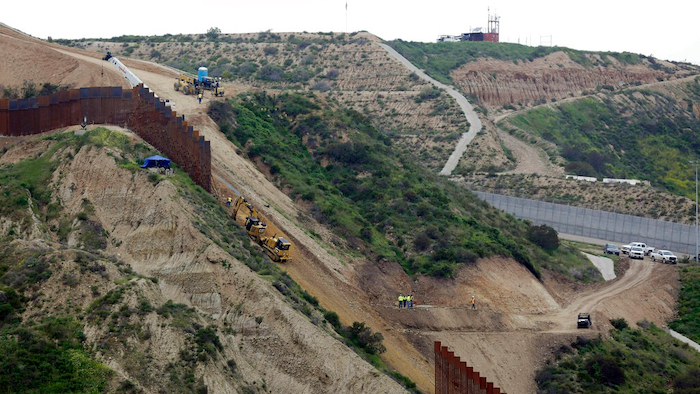 In this March 11, 2019 photo, construction crews replace a section of the primary wall separating San Diego, above right, and Tijuana, Mexico, below left, seen from Tijuana, Mexico. Defense Secretary Mark Esper has approved the use of $3.6 billion in funding from military construction projects to build 175 miles of President Donald Trump’s wall along the Mexican border.
AP Photo/Gregory Bull, File

WASHINGTON (AP) — The Pentagon will cut funding from military projects like schools, target ranges and maintenance facilities to pay for the construction of 175 miles of fencing along the U.S.-Mexico border, diverting a total $3.6 billion to President Donald Trump's long-promised barrier.

Projects in 23 states, 19 countries and three U.S. territories would be stalled or killed by the plan, though just $1.1 billion in cuts would strike the continental U.S., according to a list released Wednesday by the Pentagon. Almost $700 million would come from projects in U.S. territories, including Puerto Rico, with another $1.8 billion coming from projects on overseas bases.

Trump's move would take the biggest step yet in delivering on his promise to build a wall to block immigrants from entering the country illegally. But it may come at the expense of projects that the Pentagon acknowledged may be difficult to fund anew. Capitol Hill Democrats, outraged over Trump's use of an emergency order for the wall, promised they won't approve money to revive them.

A senior defense official told reporters the Pentagon is having conversations with members of Congress to urge them to restore the funding. The official agreed that the department has "a lot of work ahead of us," considering that Congress has given no guarantee it will provide money for the defunded projects. The official was not authorized to discuss the details publicly so spoke on condition of anonymity.

In addition, new stretches of fencing proposed along the Rio Grande and through a wildlife refuge in Arizona promise to ignite legal battles that could delay the wall projects as well.

The military base projects facing the chopping block tend to address less urgent needs like new parking at the U.S. Military Academy at West Point, New York, and a variety of small arms ranges at bases in Wisconsin and Oklahoma. But a "cyber ops facility" in Hampton, Virginia, and the expansion of a missile defense field at Fort Greeley, Alaska, face the ax, too.

Trump has so far succeeded in building replacement barriers within the 654 miles of fencing built during the Obama and Bush administrations. The funding shift will allow for about 115 miles of new pedestrian fencing in areas where there isn't any now.

"The wall is being built. It's going up rapidly," Trump said Wednesday. "And we think by the end of next year, which will be sometime right after the election actually, but we think we're going to have close to 500 miles of wall, which will be complete."

New stretches of fencing are sure to spark legal battles with angry landowners and environmentalists. The Pentagon plan also fuels the persistent controversy between the Trump administration and Congress over immigration policies and the funding of the border wall.

"It doesn't take any input from the local communities. It will take away from the private property rights," said Rep. Henry Cuellar, D-Texas. "We are going to do everything we can to stop the president."

Cuellar suggested Democrats will look at a must-pass funding bill this month — required to prevent a government shutdown Oct. 1 — to try to take on Trump. But a more likely venue for the battle could be ongoing House-Senate negotiations over the annual Pentagon policy measure.

Lawmakers who refused earlier this year to approve nearly $6 billion for the wall must now decide if they will restore the projects that are being used to provide the money.

"To pay for his xenophobic border wall boondoggle, President Trump is about to weaken our national security by stealing billions of dollars from our military," said Rep. Debbie Wasserman Schultz, D-Fla., who chairs a key military construction panel. "The House of Representatives will not backfill any projects he steals from today."

One of the Senate's most endangered Republicans in the 2020 election, Arizona Sen. Martha McSally, reported that her state is getting nicked for just $30 million from a project that was being delayed anyway. Georgia, where two potentially competitive Senate races loom next year, would be spared entirely, though powerful Senate Majority Leader Mitch McConnell, R-Ky., himself facing re-election, would lose a $63 million middle school at Fort Campbell.

"We need to secure our border and protect our military; we can and should do both," McSally said. "I went to the mat to fight for Arizona projects and succeeded."

Congress approved $1.375 billion for wall construction in this year's budget, same as the previous year and far less than the $5.7 billion that the White House sought. Trump grudgingly accepted the money to end a 35-day government shutdown in February but simultaneously declared a national emergency to take money from other government accounts, identifying up to $8.1 billion for wall construction.

The Pentagon reviewed the list of military projects and said none that provided housing or critical infrastructure for troops would be affected, in the wake of recent scandals over poor living quarters for service members in several parts of the country. Defense officials also said they would focus on projects set to begin in 2020 and beyond, with the hope that the money could eventually be restored by Congress.

The government will spend the military housing money on 11 wall projects in California, Arizona and Texas, the administration said in a filing Tuesday in a lawsuit brought by the American Civil Liberties Union. The most expensive is for 52 miles (84 kilometers) in Laredo, Texas, at a cost of $1.27 billion.

The Laredo project and one in El Centro, California, are on private property, which would require purchase or confiscation, according to the court filing. Two projects in Arizona are on land overseen by the Navy and will be the first to be built, no earlier than Oct. 3. Seven are at least partly on federal land overseen by the Interior Department, including a 31-mile stretch through the Cabezza Prieta National Wildlife Refuge in Arizona, a major wilderness area. 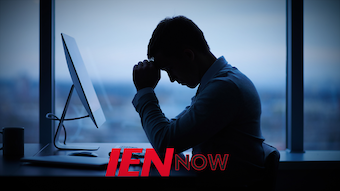