The fired CFO, along with two others, is accused of attempting to influence auditors to falsify the company's books. 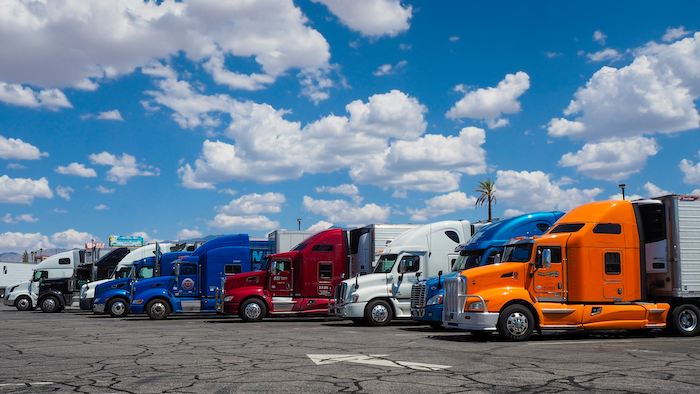 MILWAUKEE (AP) — The fired chief financial officer of a former Wisconsin-based trucking company was arrested Wednesday and charged as part of an ongoing federal probe into what authorities say was a complex $245 million stock scam.

Peter Armbruster, 60, of Milwaukee turned himself in Tuesday, a day after a 19-count superseding indictment against him and two former Roadrunner Transportation Systems Inc. controllers was unsealed, the Journal Sentinel reported.

The two other men, Bret Naggs and Mark Wogsland, were arrested in their suburban Milwaukee homes last summer after they were indicted.

The new 19-count indictment charges the men with conspiracy, securities fraud, wire fraud, bank fraud and attempting to influence auditors to falsify the company's books in order to artificially inflate the firm's earnings.

Andrew DeVooght, Armbruster's attorney, said his client "is not guilty of any of the allegations in the indictment and he looks forward to the opportunity to prove his innocence."

Attorneys for Naggs and Wogsland did not return calls to the newspaper for comment.

The indictment states that from 2013 to 2017, the three men and others "agreed to defraud Roadrunner's shareholders, lenders and the investing public" by employing several schemes including concealing "millions of dollars in misstated accounts at several operating companies."

Roadrunner was based in Cudahy, Wisconsin, until 2017 when it moved to the Chicago area. Its financial problems were discovered shortly before its move when the company fired top executives and restated its financial results, which drove the stock price down, costing shareholders about $245 million.