It will slash the risk of toxic chemicals leaking into water supplies but potentially adding billions of dollars to the costs consumers pay. 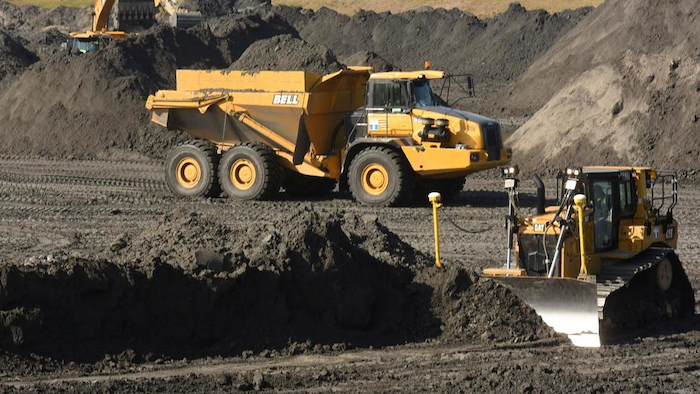 In this Nov. 14, 2017 file photo, crews with Duke Energy continue to remove coal ash from the old coal ponds at the Sutton Plant, in Wilmington, N.C. Duke Energy Corp., the country’s largest electric company, was ordered Monday, April 1, 2019 to excavate coal ash from all of its North Carolina power plant sites, slashing the risk of toxic chemicals leaking into water supplies but potentially adding billions of dollars to the costs consumers pay.
Ken Blevins

RALEIGH, N.C. (AP) — The country's largest electric company was ordered Monday to excavate coal ash from all of its North Carolina power plant sites, slashing the risk of toxic chemicals leaking into water supplies but potentially adding billions of dollars to the costs consumers pay.

Duke Energy Corp. must remove the residue left after decades of burning coal to produce electricity, North Carolina's environmental agency said. The company had proposed covering some storage pits with a waterproof cap, saying that would prevent rain from passing through and carrying chemicals through the unlined bottoms and would provide a quicker and cheaper option.

Duke Energy said Monday the expanded excavation requirement could double its costs to about $10 billion. It had previously estimated the task would take up to 30 years to complete at all 14 current and former coal-burning plants in the state.

Monday's decision affects six coal-burning plants still operating in North Carolina. Pits at eight other power plants around the state had previously been ordered excavated, with the ash to be stored away from waterways.

"We did a thorough analysis of the six sites and it wasn't a decision that was made by other reasons than the science," state Department of Environmental Quality Secretary Michael Regan said in an interview. "We're making these decisions so that they are most protective of public health and the environment."

The move means North Carolina joins Virginia and South Carolina in ordering its major electric utilities to move their coal ash out of unlined storage.

Monitoring data that U.S. electric utilities were required to report for the first time last year showed that of the 265 power plants reporting, nine out of 10 had contaminated groundwater with toxic substances at levels outstripping federal safety standards, Earthjustice and the Environmental Integrity Project found. The advocacy groups ranked Duke Energy's Allen power plant in Belmont the second-most contaminated in the county.

Amy Brown, who lives a few hundred yards from the plant's coal pit, said Monday the excavation order means the state is taking the steps to protect her family she and other neighbors have demanded for years.

"I can't even describe to you the joy that I feel, the peace that I now have," she said. "Whatever role we played in this, It was worth the sacrifice. It was worth it to know that these unlined, leaking coal ash pits that Duke had no intentions of ever tending to and cleaning up, they will now be cleaned up. That's huge."

A 2008 spill in Tennessee drew national attention to coal ash storage. Cleanup became a priority in North Carolina after a 2014 leak from a Duke Energy site left coal ash coating 70 miles (110 kilometers) of the Dan River on the state's border with Virginia.

Duke Energy pleaded guilty in 2015 to federal environmental crimes after an investigation found the company allowed coal ash dumps at five power plants to leak toxic waste into water supplies. The company agreed to pay $102 million in fines and restitution.

Last year, Duke Energy agreed to pay a $156,000 penalty for similar state environmental violations at three other power plants after pollution entered groundwater and the adjoining Catawba and Broad rivers.

The company said it is reviewing the agency's decision that it must fully excavate its North Carolina sites "and will continue to support solutions that protect our customers and the environment."

The same North Carolina Utilities Commission assessed the company a $70 million mismanagement penalty, finding that Duke Energy's "irresponsible management" of its ash pits" resulted in cost increases greater than those necessary to adequately maintain and operate its facilities."