A jury concluded the company failed to properly warn two men about the dangers of a toxic solvent they worked with at a company-owned tire factory. 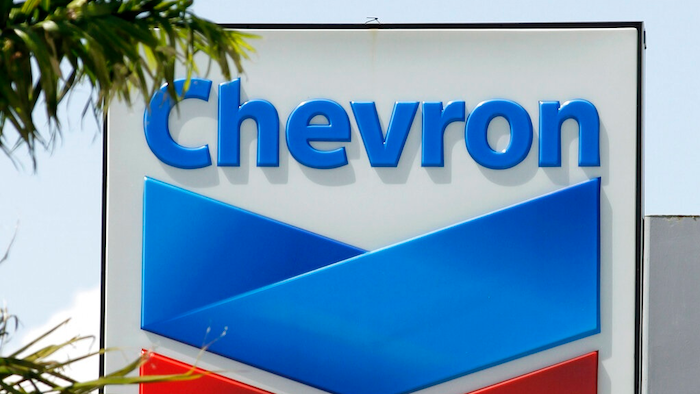 This Aug. 20, 2012, file photo, shows a Chevron sign in Miami. A Northern California jury ordered Chevron Corp. to pay the families of two brothers a combined $21.4 million after they claimed the men's exposure to a toxic chemical while working at a company plant caused the cancer that killed them. The San Francisco Chronicle reported that The Contra Costa County jury's verdict Friday, March 29, 2019. Brothers Gary Eaves and Randy Eaves worked at a Chevron-owned tire manufacturer in Arkansas.
AP Photo/Alan Diaz, File

SAN FRANCISCO (AP) — A Northern California jury ordered Chevron Corp. to pay the families of two brothers who died of cancer a combined $21.4 million after concluding the company failed to properly warn the men about the dangers of a toxic solvent they worked with at a company-owned tire factory.

The jury concluded that the solvent benzene caused the cancers that killed brothers Gary Eaves and Randy Eaves. The brothers worked at a tire manufacturer in Arkansas owned by Unocal for decades. San Ramon, California-based Chevron purchased Unocal in 2005. Both brothers at times worked as a "spray booth operator" responsible for spraying the solvent on tires. Gary also hauled tires coated in benzene.

The families' lawyer Mary Alexander argued that none of the plant workers wore respirators or protective clothing while working with the solvent. Alexander also argued that workers were never advised to handle benzene inside of a ventilation booth.

The families of the men filed their wrongful death lawsuit in the San Francisco suburb of Contra Costa County where Chevron is based.

Chevron said it is mulling its next legal step.

"We do not believe that Unocal had any role in the claimed injuries and we are evaluating the jury's decision and the court's rulings in this matter," the company said in a statement.