The plant is estimated to have a cost of $11 billion. 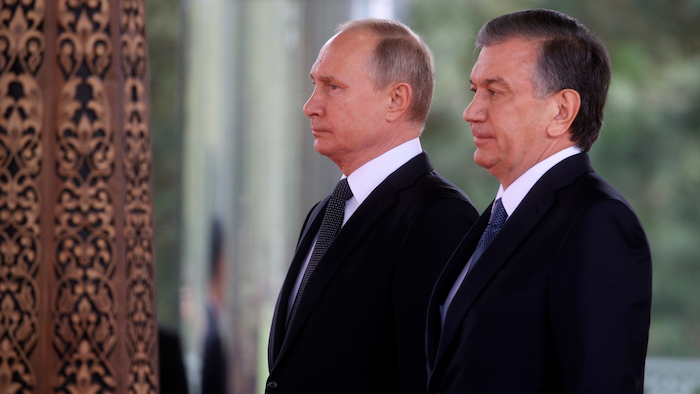 During Putin's visit to the Uzbek capital of Tashkent on Friday, he and President Shavkat Mirziyoyev ordered the start of preliminary work at the future plant's construction site.

The plant in the Navoi region of central Uzbekistan is estimated to have a cost $11 billion. It will have two 1,200-megawatt nuclear reactors and is set to begin operating in 2028.

Putin says Moscow is ready to expand military technology ties with the government in Tashkent, including the possible joint production of weapons in Uzbekistan.

Mirziyoyev says Russian and Uzbek companies also could expand their cooperation in textile industries and fertilizer production and sell the products internationally.