A federal appeals court last week allowed the Energy Department to go forward with plans to close a multibillion-dollar facility.. 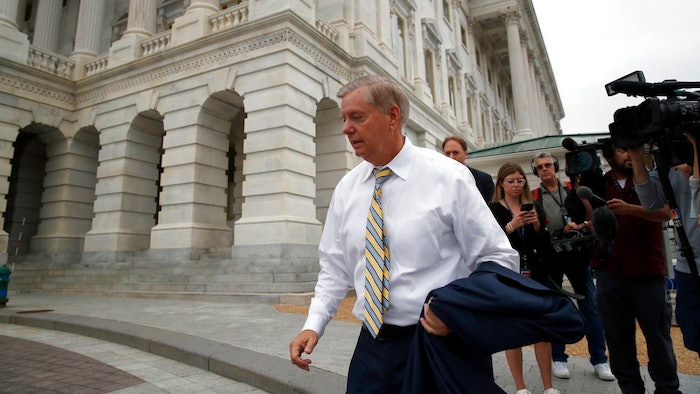 A federal appeals court last week allowed the Energy Department to go forward with plans to close the multibillion-dollar facility at the Savannah River Site near Aiken.

Closing the Mixed Oxide Fuel Fabrication Facility could cost hundreds of jobs and waste more than $7.6 billion already spent. The project is intended to reprocess weapons-grade plutonium into fuel for commercial reactors. But it is billions of dollars over budget and decades away from completion.

A spokesman for the Republican governor said after the meeting that McMaster appreciates Trump's time and attention "and his commitment to resolve this matter in a manner favorable to South Carolina."

McMaster "advocated on behalf of South Carolina and brought to light an important issue that our people are facing, and he made it clear that he will not allow our state to become a dumping ground for the world's nuclear waste," said spokesman Brian Symmes.

"Who in the world gets a program halfway built and says, 'Ah, let's start over and do something else?'" Graham asked. "Somebody should be fired."

South Carolina's other senator, Republican Tim Scott, called the meeting productive and said he was hopeful that Trump and Energy Secretary Rick Perry were listening to the concerns expressed by state officials.

"We wanted to make sure that we make very clear that keeping weapons-grade plutonium in the Palmetto State is a non-starter," Scott said in a statement. "The bottom line is, we need to figure out how to make this energy either commercially viable or get it out of our state."