Less than two months ago, a tornado tore through the facility. 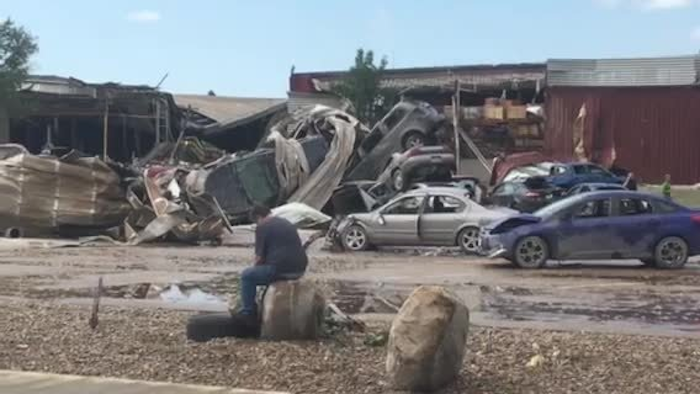 PELLA, Iowa (AP) — An industrial and agricultural equipment manufacturer plans to expand an Iowa plant less than two months after a tornado tore through the facility.

CEO Jason Andringa says the company worked hard to get production back in order. All employees were back to work by Aug. 20.

Andringa says the company is meeting production demands even as work continues to fix the storm's damage. He says two of the company's plants will be demolished and rebuilt.

Andringa says the company also plans to add a new engineering facility to the Pella campus.

Vermeer is Pella's largest single employer with about 2,800 employees.