Intent on Getting a Big Raise? You Might Have to Quit Your Job

Americans who leave their employers to take a new job are enjoying pay raises that are one-third larger than raises for workers who stay put. 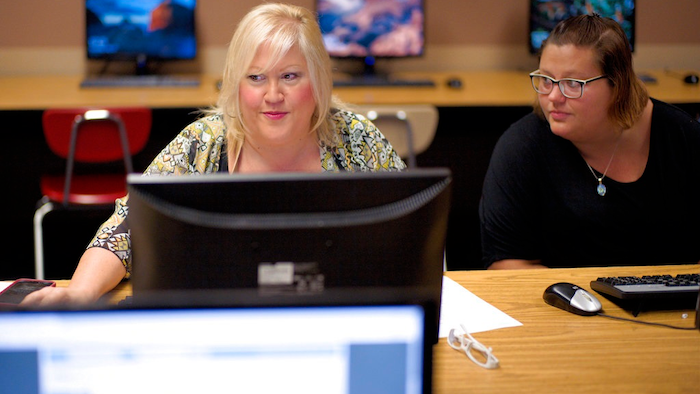 WASHINGTON (AP) — Despite one of the best job markets in decades, workers across the U.S. economy are struggling with a common frustration: What does it take to finally get a decent raise?

It turns out you might have to quit your job.

Americans who leave their employers to take a new job are enjoying pay raises that are one-third larger than raises for workers who stay put — a gap that has reached the widest point since the Great Recession.

At the same time, retail and restaurant workers are receiving more generous raises than manufacturing workers are.

And America's CEOs are getting some of the biggest pay gains of all.

At a time when the average annual wage increase for U.S. workers as a whole remains surprisingly modest given the robust job market, those groups of workers are doing better than average.

Others aren't faring as well. Pay raises for people who have stayed in the same job for the past year, for example, remain relatively stagnant. That trend has confounded some economists. Many had expected that companies would have to pay more to retain employees at a time when workers are harder to find and the unemployment rate, at 3.9 percent, is near a 50-year low.

Nationally, average hourly pay rose 2.7 percent in July from a year earlier, before adjusting for inflation. That is modest by historical standards. The last time unemployment was this low, in the late 1990s, pay raises for Americans as a whole averaged roughly 4 percent.

And once you factor in inflation, average hourly pay has actually declined slightly over the past 12 months.

With midterm elections looming, the Trump administration is pushing back against the notion that paychecks aren't growing. In a report released Wednesday, the White House's top economist, Kevin Hassett, asserted that pay is rising if you consider benefits such as health care, an alternative gauge of inflation and the impact of tax cuts.

Yet even by the White House's own measure, wage increases have slowed over the past three years.

Here are some ways in which average pay growth varies depending on the category of worker:

FIND A NEW JOB, GET A BIG RAISE

It would seem fundamental: If you want a decent raise, find a new job. But it doesn't always work that way. For the first six years after the 2008-2009 Great Recession, people who switched jobs received raises that were scarcely better than those for workers who stayed in their jobs.

But since then, the switchers have commanded steadily better raises than the stayers. In July, wages for job switchers grew 3.8 percent from a year earlier, compared with 2.9 percent for those who stayed behind, according to data from the Federal Reserve Bank of Atlanta. In February and March this year, that gap reached 1.7 percentage points, the widest disparity since August 2001.

Yet the figures also illustrate how pay is still lagging compared with previous periods of brisk job growth. Even the pay gains for job-switchers are relatively modest compared with periods in the past. Before the recession, job switchers received annual raises of nearly 5 percent. In the late 1990s, they topped 6 percent. Even adjusting for inflation, job switchers fared better in the late 1990s than they do now.

And for roughly three years now, average raises for workers who have stayed in their jobs have remained stuck below 3 percent.

"It's interesting that in a labor market that is this tight, employers do not seem to be raising wages for workers who are staying," said Martha Gimbel, an economist at the job search website Indeed. "That could imply they are not worried about workers being poached, which is surprising."

Gimbel suggested that at least some workers might be staying in their jobs because of a growing use of "non-compete" agreements, which restrict workers from jumping to competitors. Such agreements have been used increasingly even in low-wage jobs such as fast-food work.

In addition, many job-switchers may have mastered high-tech and other skill sets that allow them to command higher wages as competition for such workers heats up.

For six years after the recession, the lowest-paid workers received the thinnest wage gains — and in several years their pay declined. Yet since 2015, they have clawed back some of those losses.

For the lowest-paid one-fifth of the workforce, wages rose 2.3 percent in 2017, adjusted for inflation, according to the Economic Policy Institute, a liberal think tank. That topped the average for middle-income workers, whose pay gains inched up just 0.2 percent.

It's also ahead of the richest one-tenth of workers, whose pay rose 1.9 percent. Low-paid workers also saw a huge gain in 2016 that ran far ahead of middle-income and wealthy employees.

More than 20 states have raised their minimum wages above the federal minimum of $7.25, some of them substantially higher. The minimum is now $11 in California, for example, and $11.50 in Washington state.

The ultra-low unemployment rate has also helped. Many businesses say they are desperate to find workers. And in some lower-skilled industries, such as restaurants, they have to pay more to find staff.

CEOs STILL RAKING IT IN

Even as poorer workers have fared better, CEOs, not surprisingly, have done best.

In 2017, the chief executives of the 350 largest publicly traded U.S. companies reported, on average, an increase in compensation of nearly 18 percent, according to a report by the Economic Policy Institute. That compares with a puny raise of just 0.3 percent for all other workers in the same industries. Both figures are adjusted for inflation.

Larry Mishel, senior economist at EPI, said CEO pay jumped largely because it is closely tied to the health of the stock market. The S&P 500 stock index soared 22 percent in 2017. Most CEO pay comes in the form of stock options, which are much more lucrative in a rising market.

That means a plummeting stock market can lower CEO pay, which fell nearly 30 percent in 2008, during the recession. Yet for perspective, the pay of CEOs of the largest firms still averaged nearly $11 million that year, according to the EPI's figures.

SOLID GAINS FOR WHITES AND LATINOS

White Americans, on average, earn much more than African-Americans or Latinos. The gap between whites and Latinos has narrowed very slightly in the past three years as wage gains have begun to pick up across the economy.

For whites and Latinos pay rose 0.9 percent adjusted for inflation last year; for African Americans, it fell 0.5 percent. Latinos received the biggest raises in 2016; whites earned the most in 2015.

Workers in some industries have also done better. In July, restaurants and bars handed out raises of 4 percent from a year earlier, before taking inflation into account. Pay for construction workers increased 3.2 percent. Even retail workers' pay grew 2.9 percent, slightly better than the average.