Musk in Talks with Saudi Fund to Take Tesla Private

He has no doubt that the deal can be closed. 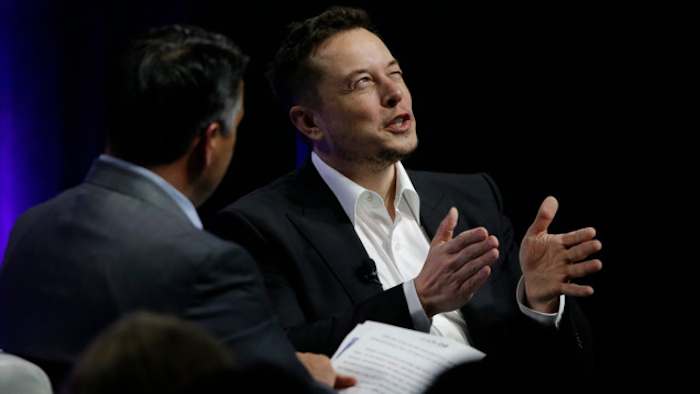 Tesla Inc. CEO Elon Musk says he's in talks with the Saudi Arabian sovereign wealth fund about taking the electric car and solar panel maker private, but no deal has been finalized.

Musk says in a blog posted Monday that most of the funding would be in stock rather than debt. Investors who don't want to stay with a private company would be paid $420 per share. Musk says he expects that one third of shareholders would sell.

Musk says he left a meeting with wealth fund officials July 31 with no question that the deal could be closed. That's why he tweeted on Aug. 7 that funding had been secured.

Musk wrote that since Aug. 7, the fund's managing director has expressed support subject to due diligence.