Judge allows 15 percent rate cut to show up on bills of a private South Carolina utility ordered by lawmakers after the company lost billions of dollars on two nuclear plants that were never finished. 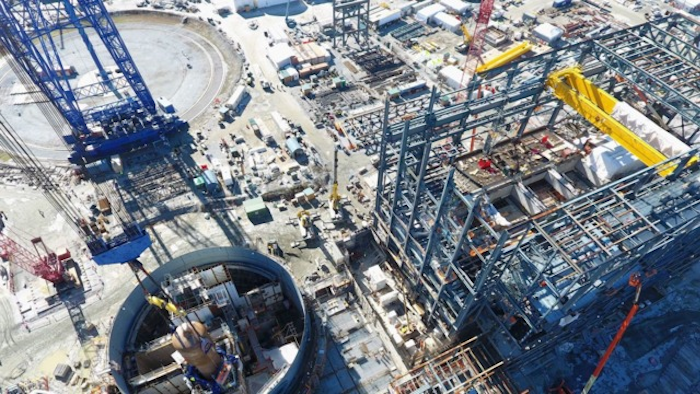 COLUMBIA, S.C. (AP) — A 15 percent rate cut ordered by lawmakers can start showing up on a private South Carolina utility's bills after the company lost billions of dollars on two nuclear plants that were never finished, a federal judge ruled Monday.

Lawmakers said customers shouldn't have to continue to pay for the nuclear plants, which were abandoned in July 2017. The rate cut knocks about $25 a month off the average residential customer's bill.

SCE&G says it was following the law as written and the Legislature changed it.

The two nuclear reactors were planned for the V.C. Summer site north of Columbia. But delays kept increasing the price until SCE&G and state-owned utility Santee Cooper, which had a 45 percent stake in the project, spent about $9 billion in a decade of design and construction on the reactors that never came online.

When contractor Westinghouse declared bankruptcy, the project fell apart and was abandoned in July 2017.

The rate cut should be in place for only nine months, a timeframe that SCE&G has argued will cost it about $270 million. The state Public Service Commission is expected to set a more permanent rate at the end of this year.

Last week, shareholders of SCANA, SCE&G's parent company, voted to approve a deal merging the company with Virginia-based Dominion Energy, which is offering more than $1 billion in givebacks to SCE&G customers, as well as rate cuts of 7 percent.

In a statement, Dominion said the company still believes its proposal "provides the greatest benefits and the most certainty for SCE&G electric customers and the best path for a stronger energy future in South Carolina."