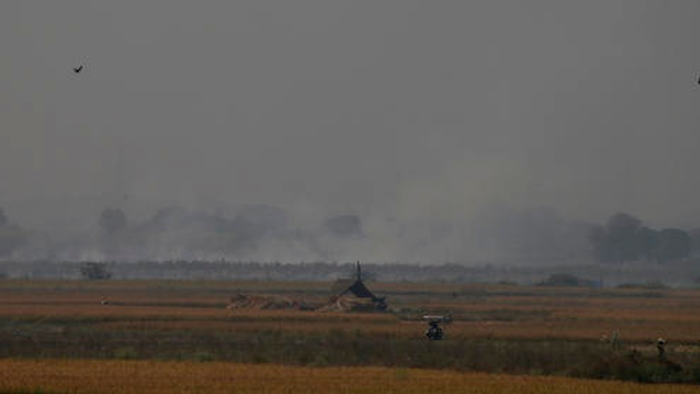 A picture of India's air pollution. Police clashed with protesters over a proposed copper mine.
AP file

The violence came amid months of protests against the Sterlite copper smelting plant in the town of Tuticorin, which demonstrators say has polluted the area's groundwater and put local fisheries at risk.

"The police had to take action under unavoidable circumstances to protect public life and property," said K. Palaniswami, the top official in Tamil Nadu state.

Palaniswami ordered an inquiry into the shooting and announced payments of 100,000 rupees (about $1,500) to the families of those who had been killed.

Security personnel were rushed to the area amid fears that the violence could spread.

"At this critical hour, I appeal to all sections of society to be calm and help in maintaining the peace in the state," Tamil Nadu Gov. Banwarilal Purohit said in a statement.

The copper plant, owned by a branch of Vedanta Ltd., has been a focus of protests since 2013, when a gas leak sickened dozens of people. The plant was shut in late March by pollution regulators, though it could re-open as early as June 6.

Opposition politicians blasted the government's violent response to the protests.

NTSB to Investigate Tesla Crash in Florida That Left 2 Dead

Suspected DUI Driver Held After Passing Out in Moving Tesla